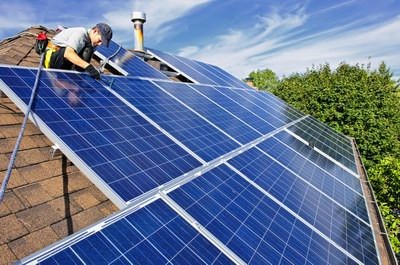 ABCO Energy Inc (OTCMKTS:ABCE) has started to engage a great deal of focus among OTC traders and investors as prices get a little traction in bounce mode. As far as we can see, the impetus for the massive surge in volume in recent days is the filing of a 13G showing the purchase of 9.89% of the common outstanding stock of the company by Essex Global Investment Corp. The filing hit on October 7, after a massive extension lower, during which the stock fell about 75% in just about a week.

The dive seems to have been precipitated by the registration of 25 mln new shares of ABCE stock to be potentially issued by the company at some point. That news came in the form of an S-8 filing on September 23. That said, recent action has seen 31% piled on for shareholders of the name during the trailing week, but that move comes in the context of the larger bearish trend which has been advancing in a very steep manner.

ABCO Energy Inc (OTCMKTS:ABCE) bills itself as a company that operates as an electrical product and services supplier in the United States.

In addition, the company offers solar leasing and long term financing programs to its customers, and other marketing and installation organizations. ABCO Energy, Inc. was founded in 2008 and is based in Tucson, Arizona.

Find out when $ABCE reaches critical levels. Subscribe to OracleDispatch.com Right Now by entering your Email in the box below.

The solar market has been under heavy fire over the past two years, creating a ton of vulnerability in many plays in the space, including ABCE.

However, we would caution on an overly bearish perspective on the solar space with WTI Crude Oil and natural gas prices trending strongly higher, and OPEC taking a more aggressive bearing in its management of crude oil production rates in member economies. There is a clear relationship between the availability of subsidies and credit facilities to solar related companies and the price of non-solar, more standard energy availability.

In other words, the best that can happen for a company like ABCE is a rising tide in more standard options for power. That type of thing fuels public angst about energy and allows legislators to more easily push through big tax-funded subsidies to allow companies like this to operate at a profit.

After the massive drop in share prices for ABCE stock in recent action, we have seen a major buyer step up to the plate and take an aggressive position in the company with full voting rights. That could create more difficulty in issuing the newly registered shares and suggest a major steal for the new equity position provided the average price as cost basis for Essex was achieved efficiently.

However, traders should recognize that this picture may contain many elements we cannot be privy to at present. In the larger picture, this is a stock that has been in sharp decline in a strong trend, declining over 95% in the past 6 months, even as energy prices have been vaulting higher simultaneously.

That said, ABCE has a track record that includes a number of dramatic bounces. What’s more, the listing has registered increased average transaction volume recently, with the past month seeing a bit less than 1700% beyond what we have been seeing over the larger time frame. This is particularly important with the stock trading on a float that is tight at just 29.22M shares.

This type of thing is something to watch out for: a jump in average daily transaction volume in a stock with a restricted float can unleash fireworks as supply is squeezed.

Currently trading at a market capitalization of $296K, ABCE has very little cash on the books, in a pool of total assets a bit less than $240K, which compares with an appreciable load ($340.63k) of total accumulated debt. The main point of a review of this stock presently has to be to get it on the radar as an object of study. We have fertile ground for some sort of potential opportunity, but we lack key facts necessary to establish a strong view. So we will file this one for later review and wait with bated breath. For continuing coverage on $ABCE and our other hot stock picks, sign up for our free newsletter now and get our next hot stock pick!