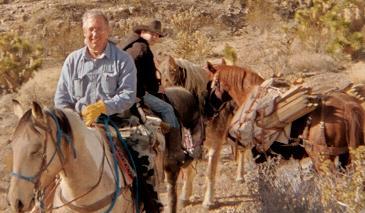 Gold Standard Ventures Corp (NYSEMKT:GSV) shareholders have a upbeat outlook concerning the company’s Nevada gold deposits. Investors continue to bid up the shares of (NYSEMKT:GSV), which is benefiting from growing optimism about the company’s gold mining stakes in Nevada. At the same time, the company is the beneficiary of a changing market narrative for gold miners and the gold industry in general. Since the 30-day period starting Sept. 17, shares of Gold Standard Ventures are up more than 6 percent on heavier than normal trading volume.

Gold Standard Ventures Corp (NYSEMKT:GSV) shareholders have a genuine reason to be optimistic. In the past three months there have been some encouraging signs for Gold Standard, which is engaged in the acquisition and exploration of district-scale and other gold-bearing mineral resource properties in the state of Nevada. The company’s flagship gold mining project, the Railroad-Pinion Project, is located within the Carlin Trend, the most prolific gold mining belt in the Western Hemisphere.

Find out when $GSV reaches critical levels. Subscribe to OracleDispatch.com Right Now by entering your Email in the box below.

On July 31, Zacks Investment Research upgraded Gold Standard Ventures from “sell” to “hold.” And on September 23, GSV announced that it was increasing its strategic investment in Battle Mountain Gold from 19.85 percent to 28.18 percent. With the company set to report earnings on November 21, analysts now have a $4.53 price target on the stock. That represents a huge valuation increase from the current share price of $2.67.

What’s driving these higher price targets for GSV is the company’s proven ability to continuously add value, either through land consolidation or new gold discoveries. In terms of new discoveries, the company has three new sites that it is investigating for gold deposits – North Bullion, Bald Mountain and North Dark Star. This North Dark Star discovery was just made in 2015.

But the focus for now is on the company’s Railroad-Pinion Project. This is an early to intermediate stage gold exploration project located at the southeastern end of the Carlin Trend in north-central Nevada (Elko County). Through land consolidation, GSV now controls the second-largest contiguous land package of the Carlin Trend, with three established gold deposits. The total area comprises 115 square kilometers, equivalent to approximately 30,000 acres.

For investors, then, the Carlin Trend forms the basis of the decision of whether or not to up their stake in GSV. The company has shown a proven ability to build a massive land package in the midst of one of the Western Hemisphere’s premier gold mining belts. All the geological data seems to point to the fact that GSV has a real winner on its hands, with three established gold deposits.

Moreover, the company continues to find adjacent areas in Nevada that also could contain significant gold deposits. If the price of gold rallies, GSV could be in line for some huge returns. There’s still room to run to reach the 52-week high of $3.20. But analysts have a higher price target in mind: $3.48. which gives added weight to the recent rally in the shares of GSV.

There could be more good news ahead, with the company set to report earning on November 21. At that point, investors could gain more clarity on the company’s gold mining prospects, especially the all-important Carlin Trend project. In a best-case scenario, some of the new discoveries – such as North Dark Star – may also be ready to move to a more advanced stage. We will keep you updated if there is any critical news in the near term. For more information on Gold Standard Ventures Corp. (NYSEMKT: GSV), and other hot stock picks subscribe to OracleDispatch.com now.