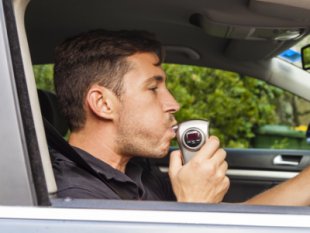 CANNABIX TECHNOLOG COM NPV (OTCMKTS:BLOZF) is a stock that’s been performing bullishly as traders digest the impact of coming legislation changes in both the US and Canada, ultimately playing into the company’s primary business strategy. BLOZF is a leader in marijuana breathalyzer development for law enforcement and the workplace. As the number of legal cannabis users increase, investors are betting that demand for such a product will also jump.

Traders will note a bit less than 200% during the past month in terms of shareholder gains in the company. This is emblematic of the stock. BLOZF has evidenced sudden upward volatility on prior occasions. In addition, the company has registered increased average transaction volume recently, with the past month seeing greater than 340% over the long run average.

CANNABIX TECHNOLOG COM NPV (OTCMKTS:BLOZF) trumpets itself as a company that develops Cannabix Marijuana Breathalyzer for law enforcement and the work place in North America. The company’s Cannabix Marijuana Breathalyzer system is based on breath testing technology for recent use of the Tetrahydrocannabinol component of marijuana. It provides breath testing devices to enhance detection of marijuana-impaired driving offenses on roads.

Find out when $BLOZF reaches critical levels. Subscribe to OracleDispatch.com Right Now by entering your Email in the box below.

According to the company’s materials, “BLOZF is a leader in marijuana breathalyzer development for law enforcement and the workplace. Cannabix has established breath testing technologies in the pursuit of bringing durable, portable hand-held tools to market to enhance detection of marijuana-impaired driving offenses on roads at a time when marijuana is becoming legal in many jurisdictions globally.

Cannabix is working to develop drug-testing devices that will detect THC – the psychoactive component of marijuana that causes intoxication – using breath samples. This technology would be used to provide detection of use of THC at the roadside to identify drivers intoxicated by the recent use of marijuana. In particular, Cannabix is focused on developing breath testing devices for detection of recent use of THC, in contrast to urine testing for THC metabolite that requires an invasive collection and reflects use days or even weeks earlier. The devices will also be useful for other practical applications such as testing employees in the workplace where intoxication by THC can be hazardous.”

According to a recently published article by CFN, Cannabix Technologies’ development of a cannabis breathalyzer will be key as both Canada and the United States look to advance the legalization of marijuana.

“Later this fall, voters in California, Arizona, Nevada, Maine and Massachusetts will decide whether marijuana should be legalized for recreational use. The Canadian Liberal government also recently announced plans to introduce legislation legalizing marijuana in the spring of 2017. The Canadian government has set up a Task Force on Marijuana Legalization and Regulation, chaired by the Honourable Anne McLellan and spearheaded by Mr. Bill Blair, MP, current Parliamentary Secretary to the Minister of Justice , to consult with experts across the country to learn how to best legalize and regulate marijuana.”

Echoing this sentiment, we would also note that PM Trudeau has delivered a promise to Canadians to legalize pot sometime next year.

The Cannabix Technologies Inc. thesis at this point is about “point of care device” development that would be similar to alcohol breathalyzers and would be used at the roadside to collect evidence of marijuana impairment.

This tool would also be useful in testing employees for on the job sobriety.

According to the company, “Cannabix Technologies’ breathalyzer would determine whether someone has consumed THC within the two hours preceding the test. This test would be unlike saliva or urine testing which can result in positive tests days after consumption of THC. The Cannabix Breathalyzer would consequently provide a critical measure of “recency” to avoid implicating drivers that are no longer high.”

At this time, carrying a capital value in the market of $33.7M, BLOZF has a decent store ($1.88M) of cash on the books, with total assets a bit less than $39M, which stands against virtually no total accumulated debt. This is a strong balance sheet situation and a basis for confidence. However, we would note the fate of the stock is certainly highly subject to legislative risk: the current move is an assumption that major legal shifts are forthcoming, and that would need to play out for the momentum to hold up and continue. For continuing coverage on $BLOZF stock and our other hot stock picks, sign up for our free newsletter now and get our next hot stock pick!