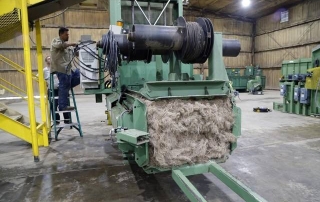 Hemp Inc (OTCMKTS:HEMP) shareholders are wondering if the legal marijuana movement can push the industrial hemp trailblazer to new highs. The rising tide of momentum for marijuana and cannabis industry stocks shows no signs of slowing, and that continues to be good news for HEMP.

Hemp Inc appears to be transitioning from being just an industrial hemp company into being a company that provides products and services to the recreational and medical marijuana industries.

Hemp Inc (OTCMKTS:HEMP) shares are currently trading at $0.032, giving the company a market cap of $24M. Over a 52-week period, shares of the company have traded as low as $0.001 and as high as $0.12. Shares now seem confined to a tiny range around $0.03, and that’s most due to uncertainty surrounding the management of the company.

In June 2016, the SEC brought fraud investment charges against Bruce Perlowin, CEO of Las Vegas-based Hemp, Inc. On that news, the company’s share price cratered to $0.02. In the four months since that news broke, the company’s share price has barely recovered, as investors wait for more guidance on what’s happening at the company. Perlowin, known by many as “The King of Pot,” was the head of Hemp, Inc. when it was one of the first publicly traded marijuana companies back in 2009.

However, the latest fraud charges are troubling, to say the least. The SEC alleges that the company was engaged in a conspiracy to sell to the public millions of shares of unregistered and unrestricted shares through a variety of dubious measures and schemes. The only problem, says the SEC, is that these shares were actually restricted and could not be sold. Perlowin has a checkered past that includes nine years in prison for drug smuggling, so it’s easy to see why the SEC is taking such a close look at the dealings.

The good news, however, is that the company’s core industrial hemp business actually seems to be doing well. This summer, the company announced that it had planted 420 new acres of Kenaf in North Carolina as part of a broader push into industrial hemp. Moreover, HEMP has lined up the support of top politicians in Oregon and Kentucky; these politicians see industrial hemp as a potential savior for their respective state’s agricultural industry.

Then, on Oct. 11, HEMP announced one of Nevada’s first commercial hemp harvests. This 43-acre crop is one of the first hemp crops to be cultivated in Nevada since its legalization.

Going forward, the idea is to ramp up the production and development of clean, green and sustainable products made from industrial hemp, as well as to segue into the cannabis and marijuana industry. For now, some of the products currently in development include a special oil well drilling fluid and a special spill absorbent.

Investors are looking for more clarity into how the company plans to benefit from the legalization boom for marijuana. Presumably, some of the same agricultural and cultivation techniques can be used to grow and harvest cannabis. Moreover, the same distribution channels for hemp products could be leveraged for cannabis-related products.

While there’s still a cloud of uncertainty hanging over the company as a result of the SEC investigation, the important point is to keep an eye on the company’s fundamentals. Unlike other cannabis- and marijuana-related stocks that are trending higher from “Green Rush 2.0” on just hype alone. HEMP has consumer-ready products and a track record of developing and manufacturing products from industrial hemp.

With the upcoming Nov. 8 ballot initiative in nine states – including HEMP’s home state of Nevada – it’s easy to see how the broader push into recreational and medicinal uses of cannabis across the United States could pay big dividends for HEMP. If that happens, shares of the company might break out of a tight 52-week band and head higher. For more news on Hemp, Inc. and other fast-moving penny stocks, please subscribe to OracleDispatch.com now.