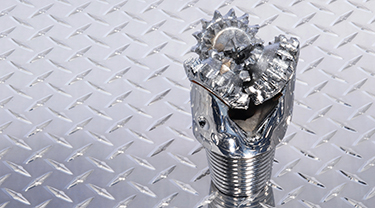 Energy XXI Ltd (OTCMKTS:EXXIQ) is a stock that faces an uneasy battle ahead. The critical issue here remains that the oil and natural gas exploration company, Energy XXI, is mired in an increasingly contentious Chapter 11 bankruptcy. Over the summer, bondholders and shareholders battled over the future of the company, but now it looks like shareholders might actually get some value for their shares without getting wiped out entirely.

Reflecting the amount of risk surrounding the company, shares are only trading at $0.17, giving the company a market capitalization of $17M. The bright side, if there is one, is that $0.17 is a lot better than zero, which is where analysts originally thought the shares were headed.

The company plans to continue operations as normal throughout the bankruptcy restructuring process.

Find out when $EXXIQ reaches critical levels. Subscribe to OracleDispatch.com Right Now by entering your Email in the box below.

The underlying problem is that, over a 10-year period, the company had spent over $5 billion expanding exploration and development operations. When the price of oil was hitting close to $100, the future looked very bright indeed. In fact, the company became the biggest publicly traded independent oil and natural gas exploration company with operations on the Gulf of Mexico shelf. There were even plans to expand activities to Southeast Asia, where the geology of the region was very similar to the Gulf of Mexico region. However, when the price of oil started to fall, so did the company’s fortunes; by the time oil hit $30, the company was just too overleveraged and the writing was on the wall.

But EXXIQ is not alone. According to estimates, about 35 percent of exploration and production companies are at risk of bankruptcy. From this perspective, the oil and gas business was a dying business laded with way too much debt, and there was no way of getting out of the mess without a massive restructuring.

The good news is that EXXIQ has a lot of valuable assets in Louisiana, Texas and the Gulf of Mexico. The company, in fact, owns and operates 9 Gulf of Mexico shelf oil fields. As of June 30, the company had total proved reserves of 86.6 million barrel of oil equivalent (MMBOE). And the company had 635 gross producing wells on 452,083 net developed acres, including 60 producing fields.

The question for investors is how to value all of those fields. Now that oil has recovered to $40, there is growing optimism that EXXIQ might be more valuable than originally thought. That’s why the bankruptcy judge involved in the EXXIQ case suggested that it might be possible to form an Equity Committee. If the committee actually forms, that would be the best possible case for the equity holders. There’s just too much debt at the company that they would probably get no recovery otherwise.

The major catalyst for EXXIQ, then, is some final resolution of whether or not equity holders are going to receive value for their shares. A month before the company filed for bankruptcy, shares of EXXIQ were trading at $1.38. That price might be a starting point for thinking about what the company is really worth. Given that the current trading price is just $0.17, that marks a huge potential upside for those with a high risk tolerance. But just keep your eyes on what’s happening with the bankruptcy court in Texas. For more news on EXXIQ and other fast-moving penny stocks, please subscribe to OracleDispatch.com now.