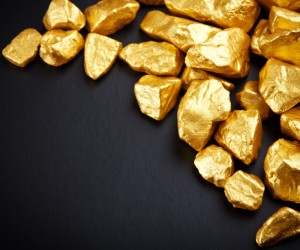 B2Gold Corp (NYSEMKT:BTG) is a Canada-based gold producer with approximately four operating mines and one mine under construction. The Company has a portfolio of other evaluation and exploration projects in various countries, including Mali, Colombia, Burkina Faso, Finland, Chile and Nicaragua.

It’s hard not to ignore the amount of momentum around BTG right now. Analysts keep raising their price targets for this Canadian gold producer. There are now 7 analysts with a “buy” recommendation on the stock and 2 with a “hold” recommendation. The consensus analyst price target for the stock is $5.07, which means that the shares of B2 Gold Corp. could have room to run over the next 12 months.

Find out when $BTG reaches critical levels. Subscribe to OracleDispatch.com Right Now by entering your Email in the box below.

The big catalyst for the stock upgrades and higher price targets has been the remarkable financial performance of BTG. The company recently announced a record amount of gold production and a record amount of gold revenue for 3Q 2016. The company reported quarterly revenue of $193 million (an all-time record for the company) and 9-month revenue of $502.1 (also an all-time record for the company). On a year-over-year basis, gold production is up 18 percent.

In the last quarterly earnings call, company management specifically cited Masbate as a reason why the company is outperforming gold production expectations. There had been concerns that the Department of Environment and Natural Resources in the Philippines might make it more difficult to extract gold from that mine, but those fears have been quickly assuaged.

In the process, short sellers in B2 Gold have been getting crushed. There have been analyst upgrades, boosts in price targets, and then a blowout quarter that set all-time records for BTG. Too bad for the shorts. Between August 31 and September 15, short positions in the stock had spiked 86 percent. But in the next two-week period, from September 15 to September 30, the number of short positions was down by 73.9 percent.

Looking ahead, B2 Gold looks like a great long term play for the gold market. You have a gold market that appears to be tracking upward, and B2G is one of the gold miners that have consistently exceeded expectations. There’s nothing better than a stock that under-promises and over-delivers, especially in a rising market.

The diversification of the gold assets of BTG is also notable. The company boasts a well-diversified evaluation and exploration projects in Africa (Mali, Namibia, Burkina Faso), South America (Colombia, Chile, Uruguay, Nicaragua), North America (Canada), Asia (Philippines) and Europe (Finland). While there is an element of political risk in some of these nations, BTG appears to have a good working regulatory relationship in the Philippines, which is a key region for future gold production.

As long as the near-term outlook for gold remains attractive, there’s reason to believe that BTG still has plenty of room to run. At a current share price of $2.78, there’s still upside ahead, as most stock analysts have price targets close to $5.00 for BTG. We will continue to update as more news becomes available. For more news on B2Gold Corp. and other fast-moving penny stocks, please subscribe to OracleDispatch.com now.