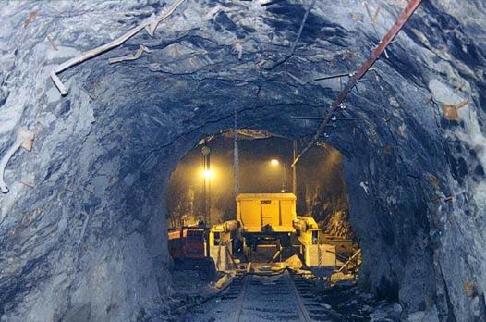 Golden Star Resources Ltd. (USA) (NYSEMKT:GSS) A Golden Future Just Got Brighter. Gold producers and miners have been getting a lot of buzz recently, and for good reason. Gold production looks to be on the upswing, and a period of difficult consolidation for the industry appears to be ending.

GSS shares are currently trading at $0.83, giving micro-cap Golden Star Resources a total market cap of $336M. Over the most recent 52-week period, shares of GSS have traded as low as $0.14 and as high as $1.13. They are currently trading in a tight range of $0.81 and $0.85. The company also has strong institutional ownership, with large institutional owners having a combined 56 percent stake in the company.

Find out when $GSS reaches critical levels. Subscribe to OracleDispatch.com Right Now by entering your Email in the box below.

What has investors most excited about Golden Star Resources is that its two gold producing mines in Ghana – Wassa and Prestea – appear to be doing well. At both locations, the company is now developing underground mines, not just open pit mining operations. That means the company can count on extracting higher grade ore, and that will lead to higher margins.

The company has a 17-year history of producing gold in Ghana, and has a strong infrastructure already in place to take advantage of gold production on the very prolific Ashanti Gold Belt. That track record helps to mitigate any risks of being so leveraged to West African gold production. As a partial hedge, the company has exploration mining projects in Brazil.

Given the gold production potential at Wassa and Prestea, as well as at other brownfield development projects in West Africa, industry analysts now have a consensus price target of $1.38 for the stock. That represents a nearly 50 percent upswing from the current price of $0.83, so there’s obviously plenty of potential upside for GSS.

Moreover, industry analysts continue to issue upgrades on the stock. In August 2016, CIBC upgraded the stock from “underperform” to “sector perform.” The three analysts covering the stock have a consensus “hold” rating on the stock.

Ever since July, buzz has been building about the company’s Ghana gold mining projects. Then, on September 8, the company announced that it had found a new contractor for the Prestea Underground Gold Mine. That’s big news, because it means that operations could be moving from open pit to below ground tunnels.

There’s a lot for investors to like about Golden Star Resources Ltd. First of all, GSS is an established, mid-tier gold producer. Secondly, it continues to expand production while reducing costs at the same time. Thirdly, there’s strong upside potential around the company’s future exploration efforts. Finally, there’s a strong management team in place with a track record of success in West Africa.

If all signs continue to remain positive, GSS could be headed for a nice run. With a consensus price target of $1.38 for the stock, that upside could be as much as 50 percent. We will continue to update the status of GSS as more information becomes available. For more information on Golden Star Resources and other fast-moving penny stocks, please subscribe to OracleDispatch.com now.