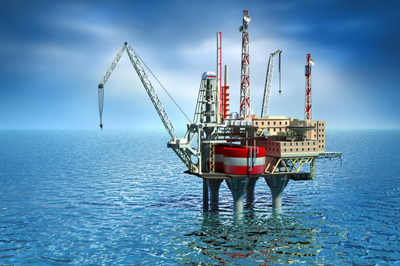 Abraxas Petroleum Corp. (NASDAQ:AXAS) has grabbed my attention – as a contrarian, I am naturally drawn to the beaten down oil and gas related stocks. In the prime, when oil was trading for over $100 per bbl, these companies were the high flyers of Wall Street. The thing with Wall Street is; going from a high flying stock to a beaten down angel can be faster than the flick of a switch.

One company that I have had my eye on is Abraxas Petroleum (AXAS). The company is your typical E&P. Before the O&G crash in 2014, the company garnered a share price pushing the $6.00-dollar range. Since the crash, shares fell as low as ~$0.70/share. Today, the company is trading close to two bucks a pop.

Abraxas Petroleum Corp. (NASDAQ:AXAS) has a few things that make it interesting – not only for a contrarian, but for other classes of investors. To make things short and sweet, the divestment of non-core assets, an improvement in the liquidity profile, a rally and/or support in the price of oil and focusing on the Permian Basin – should bode well.

To begin, crude oil has made an impressive rally from the lows in the dark days of February.

I’m not going to spend time speculating on the future price of a volatile commodity, but rather divert the attention to the increased activities Abraxas Petroleum has been stirring up in the Permian Basin.

Find out when $AXAS reaches critical levels. Subscribe to OracleDispatch.com Right Now by entering your Email in the box below.

The company has drilled a number of wells in the region and is expected to maintain its full-year production guidance going forward. It’s always good to see and E&P maintain its guidance and continue drilling, but the main cause of investor excitement is a derivative of where the company is drilling.

The second derivative for investor excitement comes from cost reductions. Operating expenses continue to fall Q/Q – a meaningful 24% or so drop. Likewise, the company is reducing its debt load, which will not only give the company a better liquidity profile and stronger balance sheet, but as debt decreases, interest expenses will follow. And for the record, long-term debt is down almost 29% Y/Y.

Thirdly, the company is looking to monetize its non-core assets. One asset – the Portilla Field – netted the company $13 million – subsequently used to pay down debt. Moreover, the company monetized its Pecos County asset for a quick $6.7 million. Furthermore, there may be additional sales in the future, giving the company additional liquidity and lowering the systematic risk. It should be noted that these assets sales were only a small portion of overall production.

Fourthly, there were additional hedges added for 2017 and 2018. You can view the hedge schedule below…

Should oil take a spin for the worse, Abraxas Petroleum has a decent amount of downside protection.

The company isn’t out of the woods yet though. The first half of a year is considered a disappointment to many; due to production declines, a lack of completed wells from third parties and guidance being missed by a long-shot. Moreover, the company only has $1.8 million in cash and a huge long-term debt liability of $98 million. If oil doesn’t hold its ground and continue to increase, the company could be in a financial conundrum. What’s more, if AXAS continues to operate on a cash outflow basis, there may be additional equity/debt raises in the near-term to fund working capital.

Nonetheless, further asset sales will bode well for the long-term viability of the company. If the company can kick out additional sales like the ones they had recently, the debt-to-equity ratio will decline, creditors will be happy and the stock may continue its upward rally. Similarly, if oil continues to rise, the underlying assets the company owns will continue to appreciate in value and more importantly, cash flows from the Perriman Basin will increase – resulting in a higher intrinsic value for the company.

It will be interesting to see the results from the up-and-coming third quarter results. A lot of investors are expecting good things for the second half of the year. I also think the second half of the year will prove beneficial for the ongoing investment thesis in Abraxas. And most importantly, it will be good to gauge management’s view on the overall oil environment, future asset sales and ongoing measures in the Permian. For more information on AXAS and other fast-moving stocks, please subscribe to OracleDispatch.com now.