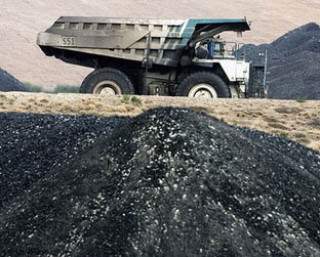 Atlassian Corporation Plc (TEAM) shares are trading at lower $203.08 and the avg recommendation for the stock is Moderate Buy, while the current analyst...
Read more
Wall Street Daily

Xcel Energy Inc. (XEL) shares are trading at lower $71.41 and the avg recommendation for the stock is Moderate Buy, while the current analyst...
Read more
Wall Street Daily

Urban Outfitters Inc. (URBN) shares are trading at higher $24.64 and the avg recommendation for the stock is Moderate Buy, while the current analyst...
Read more

Walter Energy, Inc. (OTCMKTS:WLTGQ) is another tough-luck case in the coal space, but one that has grabbed hold of the attention of traders during the stock’s recent bounce. As we have been covering exhaustively of late, some of the biggest trades have been among the cast aside Chapter 11 cases in the commodities space. This recently has included some huge moves in the thermal coal space. For example, BTUUQ was up over 500% last week alone. WLTGQ is in a very different game, but may get a sympathy trade bid, especially as last week also featured a major breakout in the steel stocks on earnings and guidance, which directly bears on the metallurgical coal space, and players like WLTGQ.

We’ve witnessed 200% added to share values of the listing over the past week of action, a bounce that has taken root amid largely bearish action over the larger time frame. This is emblematic of the stock. WLTGQ is a stock who’s past is littered with sudden rips. Furthermore, the listing has witnessed a pop in interest, as transaction volume levels have recently pushed a bit over 580% above the average volume levels in play in this stock over the longer term.

Walter Energy, Inc. (OTCMKTS:WLTGQ) trumpets itself as a company that produces and exports metallurgical coal for the steel industry.

As of December 31, 2014, it had approximately 392.7 million metric tons of recoverable reserves. Walter Energy, Inc. sells its metallurgical coal in Europe, Asia, and South America; and thermal coal primarily to large utilities and industrial customers located principally in Alabama, West Virginia, and the United Kingdom.

Find out when $WLTGQ reaches critical levels. Subscribe to OracleDispatch.com Right Now by entering your Email in the box below.

As noted, last week saw a major jump in the metals space. Metallurgical coal is primarily sold to steel mills and used in the integrated steel mill process. When making steel, two of the key raw ingredients are iron ore and coke. Coke is used to convert the iron ore into molten iron. WLTGQ is a major player in that space.

Last week, we saw earnings from some major steel producers, including NUE and STLD, and we still have X, AKS, and CLF to come. But so far, the market clearly wasn’t prepared for the sales and production levels being indicated by the first two.

As several industry sources reported, we saw an undershooting of expectations in steel imports from China, which helped increase steel prices in Q3, which in turn, lifted sales at Nucor (NUE) and Steel Dynamics (STLD). Still, uneven demand in their U.S. markets as the economy plods ahead led to a mixed reaction on Wall Street, where shares opened lower in a volatile trading session.

The steel group was among the market’s leading industry groups in late spring and early summer, but is now building a base after a run-up fueled by an Obama administration crackdown on Chinese imports. In May, the Commerce Department boosted tariffs on Chinese cold-rolled steel to 522%.

That news powered the entire space higher, and we think, also sent a shockwave into shorts in the met coal producers in Chapter 11, like WLTGQ. As those formerly betting against the common equity at BTUUQ certainly now know, it’s better to give up quickly in this type of environment.

At this time, carrying a capital value in the market of $7.9M, WLTGQ is in the funhouse mirror world of Chapter 11 operations. The company’s common equity is probably worthless, but may trade on a roller coaster for the time being, particular as major steel producers give further indications about how they might see values rising in the intermediate term. For continuing coverage on shares of $WLTGQ stock, as well as our other hot stock picks, sign up for our free newsletter today and get our next hot stock pick!