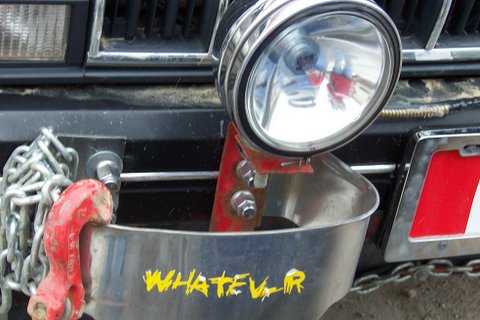 Cannabis Sativa Inc (OTCMKTS:CBDS) has been one of the truly profound penny stock picks of the year, launching some 1500% on a monster growth in transaction volume since finding support in March. It was also one of our favorites in our September analysis as we stared down the barrel of what we felt would be a remarkable period for marijuana-related stocks.

Some readers have been angry with our taking a liking to this stock, citing some of its obvious shortcomings. But this, my friends, is not a game of finding “justice in fundamental analysis”. No sir. Instead, it’s a game of finding stocks that will go up a lot. Those are often two very different ideas, for pessimism abating is just as a strong an upward influence as optimism growing. And when you start from a place of widespread pessimism, such as was the case for CBDS a couple months ago, and you are working with a truly tiny trading float, the results can be explosive, as we have seen.

CBDS plans to develop, produce and market products through joint ventures with companies licensed under state regulations applicable to cannabis businesses. It holds the license for a medicinal cannabis strain called NZT, a cannabis lozenge delivery methodology, and a cannabis trauma cream formula. The Company is also developing a third strain of cannabis plant named CT22.

Find out when $CBDS reaches critical levels. Subscribe to OracleDispatch.com Right Now by entering your Email in the box below.

The chart shows in excess of 150% piled on for shareholders of the name during the trailing month. The situation may be worth watching. CBDS has a track record that includes a number of dramatic bounces. Moreover, the company has witnessed a pop in interest, as transaction volume levels have recently pushed approaching 390% over what the stock has registered over the longer term. This should not be overlooked given the stock’s very limited trading float of about 5.8M shares. One is wise to respect the dynamic this may create — a jump in average daily transaction volume in a stock with a restricted float can unleash fireworks as supply is squeezed.

As we covered last time, Cannabis Sativa recently announced that, in accordance with a previously signed Memorandum of Understanding and definitive agreement, it had acquired a majority ownership interest in iBudtender, Inc. CBDS President David Tobias stated, “The acquisition targeted the online business and website iBudtender.com, giving Cannabis Sativa excellent positioning in the canna-tech sector with an ancillary company that has a huge upside – and importantly, a business with a great degree of insulation from the regulatory issues that have recently come to the forefront of the cannabis and hemp industries. We are confident that the iBudtender management, which remains intact, will continue to work hard to not only compete in its space, but flourish.”

The stock has been on fire since that announcement.

That said, this is likely more about the market segment than anything else. During the 2016 election cycle, 9 states with more than 30% of the United States population will be voting on regulating the sale of cannabis for medicinal or recreational use.

The regulated cannabis market in the United States is projected to reach more than $7 billion this year, according to a report by New Frontier and ArcView Market Research. That represents 26% growth over the previous year, driven largely by adult recreational sales of marijuana researchers found. Regulated adult recreational marijuana sales topped $998 million in 2015 compared to $351 million in 2014 — growing 184% year-over-year.

CBDS will remain in the spotlight in the near term and with good reason. Earning a current market cap value of $130.1M, CBDS has a decent store ($129.05k) of cash on the books, with total assets of nearly $3.9M, which stands against an appreciable load ($167.21k) of total accumulated debt. Here’s a philosophical point to make: if something has a ton of momentum, a tiny float, and an upcoming catalyst that hasn’t hit yet, you can find about a million things better to do with your time than bet against that. We will update this one again soon. For continuing coverage on shares of $CBDS and other fast moving penny stocks, sign up for our free newsletter today and get our next hot stock pick!