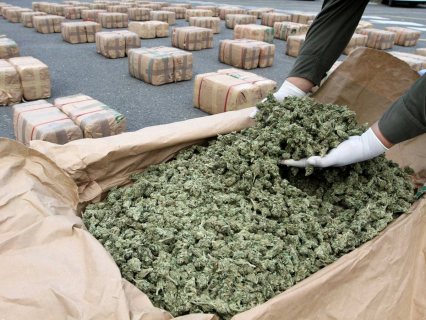 American Cannabis Company Inc (OTCMKTS:AMMJ) has truly been one of the world-beating winners of Green Rush 2.0, racking up monster gains on monster volume, recently shoved even higher on news that it has secured a new design and consulting contract with a Canadian firm for the purpose of creating a cannabis Licensed Producer facility within the Atlantic provinces.

As we have been covering, the Canadian cannabis story may even be hotter right now than the US one, and in fact may provide a model for what we will eventually see here in the states. In Canada, legislation is likely to be on the table some time next year to fully legalize pot on a national basis for all conceivable consumers, according to a promise made by the country’s PM Trudeau. It is possible that the US is working in that direction, though much more pushback is still present here. So far, we have seen a few companies in the cannabis patch hit that extra gear on the equity chart when they make announcements that include tie-ins to the Canadian market. AMMJ stock is up about 340% in the past month, and has found extra support against a consolidative pullback on the strength of this recent announcement.

American Cannabis Company Inc (OTCMKTS:AMMJ) promulgates itself as a company that provides solutions for businesses operating in the cannabis industry in the United States and Canada.

The company also sells products and equipment used in the cultivation, processing, transportation, or retail sale of cannabis. Its product offerings include The Satchel, a pouch-like case designed as a child-proof exit package solution for the regulated cannabis industry; SoHum Living Soil, a just-add-water soil; High Density Racking System, which ensures the proper use of space; The Cultivation Cube, a self-contained and scalable cultivation system; and other products for cultivation operations, medicinal and recreational cannabis dispensary operations, and infused-products.

The company is headquartered in Denver, Colorado.

Find out when $AMMJ reaches critical levels. Subscribe to OracleDispatch.com Right Now by entering your Email in the box below.

As noted above, AAMJ shares have added 340% to share values over the past month of action. What’s more, shares of AMMJ stock have seen an influx of interest of late, with the stock’s recent average trading volume running about 330% above its longer-run average levels. Traders should note this as important with a float in play that’s relatively small — barely over 15M shares.

One is wise to respect the dynamic this may create: ramping trading activity can overwhelm available supply in a stock with this type of small float, leading to an upward burst in prices such as we have seen in AAMJ stock in recent weeks. And there is nothing concrete on the technical side to suggest the move has exhausted itself.

Naturally, the move comes on the fact that we are now just a couple weeks away from a vote that will see more than thirty percent of the US population represented in a democratic referendum on the legality of pot in America. The result of that vote is projected to possibly triple the size of the legal sales footprint of marijuana overnight. As a result, everything in the space is launching.

That said, as noted above, there is an additional tie-in here to the Canadian cannabis narrative. Operations related to the project featured in this latest announcement (that AMMJ has secured a new design and consulting contract with a Canadian firm for the purpose of creating a cannabis Licensed Producer facility within the Atlantic provinces) will commence with the cultivation of an alternative crop, and then transition to cannabis production as soon as operational licensing is secured. Future plans call for the creation of greenhouses and further indoor expansion in the region.

Corey Hollister, president and CEO of American Cannabis Company (ACC), commented: “The Canadian market is experiencing tremendous growth and we are excited to be working with a client who is positioned to excel within that market. They have a strong corporate strategy and a significant track record of success within other business sectors both in Canada as well as internationally. ACC’s Geoponic Methodology featuring SoHum living Soils™ will serve as the foundation of success in the Canadian cannabis market, and such a form of cultivation was an ideal fit for our client.”

American Cannabis is a must watch story in the near term. Earning a current market cap value of $42.2M, AMMJ has a decent store ($228.65k) of cash on the books, with total assets greater than $520K, which must be weighed relative to a very manageable load ($139.06k) of total accumulated debt. This is a great balance sheet situation, especially considering that AMMJ is making real money, with trailing revs already coming in at $2.87 million on a trailing 12-month basis. The move has already been a nose-bleeder, but we can certainly think of better things to do with one’s time and money than top-picking this ahead of the catalyst. For continuing coverage on shares of $AMMJ stock, as well as our other hot stock picks, sign up for our free newsletter today and get our next hot stock pick!