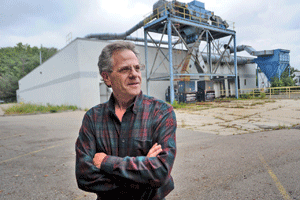 General Cannabis Corp (OTCMKTS:CANN) has been ripping higher with the cannabis market space in a frenzy of buying ostensibly in anticipation of a massive market adjustment. Unless you’ve been living under a rock, you probably already know that 30% of the US population is about to be represented in what amounts to a national referendum on the legislative future of pot in America on November 8. CANN is obviously a central player in that drama.

Traders will note nearly 190% added to share values of the name over the past month of action, and as much as 252% since September 23, when we first emblazoned our own very bullish take on this name. Importantly, shares of CANN stock have seen interest climb as well, with an increase in trading volume of just under 440% in recent action beyond what has been witnessed over the larger time frame. Traders should note this as important given the stock’s tiny trading float of under 9.1 million shares. This type of thing is something to watch out for: with such a tight trading float, ramping volume can force a supply-shock squeeze.

In our last update on the company, we noted that “the company was made aware of and requested by the OTC Markets Group, Inc. to comment on recent trading and promotional activity concerning CANN common stock. And comment they did. More than likely the dynamic came too early in the process to work for shorts for more than a day trade. With a float of just $9.2 mln shares and a clear explanatory impetus for volume data based solely on the dynamic in play with the company’s market segment in front of the November 8 vote, this hardly seems a fatal wound. Bullish trends do not die of headline-driven price shocks like this. They die of exhaustion or the blossoming of the catalyst driving the trend.”

That turned out to be prescient, as the stock immediately went on to post a quick two-day rally of over 50% following that piece. We would more or less hold to the same basic logic here. Generally speaking, the time to fade key bullish news on a sector is rarely ahead of the release of the actual news.

For a sense of the bigger picture reality here, earlier in October, Pew Research published a poll that showed that 57% of US adults say marijuana use should be legalized. A decade ago, just 32% were in favor of legalization.

That captures the moment as we barrel into a voting day with widespread and defining significance for the industry. At this point, nearly a third of the total population of the US will be represented in what we are thinking of as basically a referendum on marijuana legality in the country. As we have been discussing, this is something that may well eventually turn into a Federal level move. But for now, November 8, 2016, is a surrogate version of that process. And companies like CANN are in a position rather like a biotech stock into an FDA decision.

Currently trading at a market capitalization of $62M, CANN has very little cash on the books, alongside total assets greater than $3.5M, which stands against an appreciable load ($2.59M) of total accumulated debt. At this point, the company is not in a great balance situation at all. That said, General Cannabis is making real money, with trailing twelve-month revs already coming in at $2.67M, on quarterly y/y revs increasing at 64% according to the company’s latest 10-Q. We will be all over the next company update and will bring you another dose of perspective at that time. For continuing coverage on shares of $CANN stock, as well as our other hot stock picks, sign up for our free newsletter today and get our next hot stock pick!