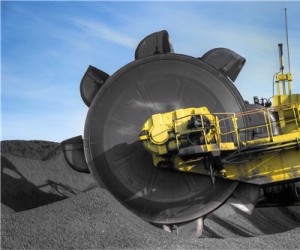 New Colombia Resources Inc (OTCMKTS:NEWC) has been climbing like a booster rocket in the past couple weeks, and full perspective on this stock is quite interesting. While we are just as quick as the next guys to say, “It’s a Pot stock. Case closed.”, we would also point out that we noted in our last piece on this company that it is a bona fide player in the coal business.

Well, it just so happens that Japan just signed a contract with a major Aussie thermal coal supplier that indicates a price for thermal coal about 50% higher than it was in deals done just back in June of this year. We will cover why this may important for NEWC in a bit, but we also want to point out that this is still a pot stock, so an 1800% one-month gain should be about par for the course right now.

New Colombia Resources Inc (OTCMKTS:NEWC) has soared of late. As far as cannabis-related catalysts, the company just announced plans to produce several infomercials targeting the U.S. Hispanic and Latin American Markets to market a cannabis-infused solution for either the pain or beauty market. Sure. Okay. That works for us. It has the word “cannabis” in the product, and that means it’s part of the game right now. As a result, the name has seen an influx in interest well in excess of the norm, with the stock’s recent average trading volume running nearly 680% over the long run average.

NEWC promulgates itself as a company that engages in the acquisition, exploration, and development of metallurgical coal properties in Colombia.

New Colombia Resources, Inc. is focused on the acquisition and development of high-quality metallurgical coal properties and other available resources in the Republic of Colombia. They expect to have several revenue producing businesses including; metallurgical coal mining and rock quarry aggregates for domestic Colombian highway and railroad building projects.

Find out when $NEWC reaches critical levels. Subscribe to OracleDispatch.com Right Now by entering your Email in the box below.

As noted above, NEWC is a coal company as well. However, up until recently, it has been a metallurgical coal producer. The coal market is tightly demarcated into two factions: thermal and metallurgical.

The recent big action has been in thermal. For those who have been following the remarkable move in BTUUQ, you are seeing the almost cannabis-topping heat of the thermal coal market first hand.

That’s why it’s also quite interesting to see NEWC hit the news wires with the following headline last week: “New Colombia Resources in Negotiations to Build a 300 MW Thermal Coal Power Plant Near their Coal Property in Colombia in Association with a Foreign Entity that Secured a US$ 200 Million L.O.I. from a Major Construction Company in China”.

For what it’s worth, it was this headline that actually holds a more timely correlation with the massive extension higher in shares of NEWC stock. And, one must concede, the current operations in the cannabis space seem somewhat less tangible by comparison.

According to the release, “The concession contract to be developed by the consortium is in close proximity to Concession Contract ILE-09551 and expected to have a similar 70/30 ratio of coking coal to thermal coal. The Company feels this is a major development creating a local market for their thermal coal while developing metallurgical coking coal that has more than tripled in price this year to over $230/tonne.  Additionally, the Company has met with a multi-billion-dollar Asian conglomerate interested in their premium metallurgical coal.”

Earning a current market cap value of $11M, NEWC has virtually no cash on the books, alongside total assets topping $530K, which leans against an appreciable load ($315.80k) of total accumulated debt. In other words, it’s not a terrific basis for risk investment as a company with no recurring revenue base. That said, the company has its fingers in probably the two hottest OTC market trends over the past six weeks in cannabis and thermal coal, so picking a top is tantamount to Russian roulette. For continuing coverage on shares of $NEWC stock, as well as our other hot stock picks, sign up for our free newsletter today and get our next hot stock pick!