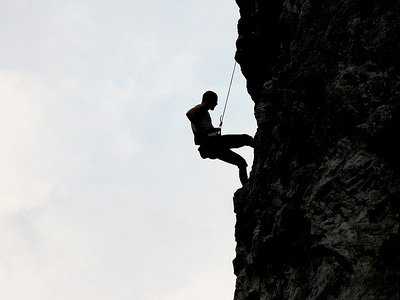 Boxlight Corporation (BOXL) shares are trading at lower $1.52 and the avg recommendation for the stock is Strong Buy. To add more color to...
Read more
Investing

Is Now the Time to Invest in QEP Resources Inc. (NYSE:QEP)?

QEP Resources Inc. (QEP) shares are trading at lower $0.89 and the avg recommendation for the stock is Moderate Buy. To add more color...
Read more
Investing

Carver Bancorp Inc. (CARV) shares are trading at higher $7.29. To add more color to this target, the company’s high over the last year...
Read more
Investing

CNH Industrial N.V. (CNHI) shares are trading at lower $8.52 and the avg recommendation for the stock is Moderate Buy, while the current analyst...
Read more

CANNAGROW HLDGS IN COM USD0.001 (OTCMKTS:CGRW) is a stock that’s been advancing nicely  in step with the herding move higher in the cannabis patch as we hurtle towards the monumental decision day at the root of what many have been calling “the Green Rush, 2.0”. The key date is of course November 8, when nearly one of every three US citizens will be represented at voting booths for a say in the future of marijuana legislation in America.

In the course of this move, CGRW has seen a number of individual company catalysts, including signs that it will see approval for more per-foot irrigation allowance for cultivation at a Colorado installation, the development of a new internet home base, and a feature article in a key industry publication.

CANNAGROW HLDGS IN COM USD0.001 (OTCMKTS:CGRW) trumpets itself as a company that provides solutions to the cannabis industry in the State of Colorado.

The company has entered the Medical/Recreational Cannabis Industry as a Lessor, Liaison, and Consultant to licensed Growers providing them with turnkey Growing Facilities in the State of Colorado. The Company intends to expand this business model within this industry as business opportunities evolve whereby providing for the highest return to its shareholders.

CannaGrow Holdings, Inc. does not and will not, until such time as Federal law allows, grow, harvest, distribute or sell marijuana or any substance that violate the laws of the United States of America.

Find out when $CGRW reaches critical levels. Subscribe to OracleDispatch.com Right Now by entering your Email in the box below.

Given all of the hoopla associated with the cannabis patch in recent weeks, nothing can be seen as absurd when it comes to rallies. As such, CGRW’s move of 210% over the past month can hardly be shocking.

This is especially true given the company’s recent catalysts. While it doesn’t necessarily establish anything definite, the principle leg of the rally seems to have been spurred by news that on September 26, 2016, Delmar Janovec attended the monthly meeting of the Huerfano County Water Conservatory District. He appeared on behalf of NuGro Industry, Landowner and developer of the Colorado Buffalo Ranch Facilities I, to request an additional one (1) acre foot of water for the 2017 Substitute Water Supply Plan (SWSP). After minimal discussion and board approval, the request was granted and the (SWSP) will be submitted by HCWCD to the State of Colorado, Division of Water Resources for approval.

Delmar Janovec, CEO, comments, “Individuals involved in the Cannabis Industry in Southern Colorado understand the importance of a sufficient water supply in operating a successful Grow Facility. Now that the first five (5) acre facility is occupied and in production, I will be redirecting my attention toward expansion and development of the unoccupied fifteen (15) acres of the existing CannaGrow twenty (20) acre lease. Once the 2017 SWSP is approved by the State, future Sub-Lessees can be confident of a clean and sufficient water supply for future developments.”

Janovec went on to say, “CannaGrow Holdings, will continue as Liaison and Representative for NuGro Industries in Huerfano County, Colorado. The Company will also continue to assist Category One Botanicals, LLC, as Facilities Manager, at the Colorado Buffalo Ranch Facility I. Our Staffing Program will remain the primary provider of employees and consultants for the Licensed Grower, Category One Botanicals. CannaGrow has already received numerous inquiries from additional perspective tenants and is also exploring ancillary business ventures within this industry that could further enhance shareholder value. I would encourage interested parties to contact us in regard to potential Cannabis projects in Southern Colorado. Our Team of Consultants has a proven track record in the planning, permitting, construction, and licensing of commercial recreational grow facilities.”

Since that time, the name has benefitted from a jump in recent trading volume to the tune of greater than 540% above the average volume levels in play in this stock over the longer term. It pays to take note of this fact with the stock trading on a float that is extremely small, under 26 million shares. One is wise to respect the dynamic this may create — a restricted trading float and a jump in trading volume can crimp supply and push share prices higher.

The additional improvement of internet resources as well as the extra exposure afforded by the focus granted the company in a recent key trade publication no doubt have fomented the fire here. The article in particular is a point of focus given the company’s positioning as a liaison and consultant. CGRW team members Dr. John P. Janovec and Jason Wells were featured in the October 2016 issue of “SunGrower & Greenhouse Magazine,” a Marijuana Ventures trade publication available by subscription and through retail outlets such as Barnes and Noble.

Traders are swarming over anything cannabis related right now, so CGRW has to be on the radar. Earning a current market cap value of $226.6M, CGRW has virtually no cash on the books, with total assets topping $270K, which compares with an appreciable load ($2.47M) of total accumulated debt. While this is a very leveraged balance sheet, we are talking about a company with trailing 12-month revenues of over $1.6 million that is highly positioned for growth upon further market segment expansion. In the end, this is one you sell and sell hard should voting be a negative surprise on November 8, but it’s likely also one that people have shied away from thus far, on a relative basis, which could work in its favor upon a positive result. We will update further very soon. For continuing coverage on shares of $CGRW stock, as well as our other hot stock picks, sign up for our free newsletter today and get our next hot stock pick!

Artelo Biosciences Inc. (ARTL) shares are trading at lower $0.58 and the avg recommendation for the stock is Hold. To add more color to...
Read more
Sector News

Rio Tinto Group (NYSE:RIO) on the Path to Profitability

Rio Tinto Group (RIO) shares are trading at higher $60.22 and the avg recommendation for the stock is Strong Buy, while the current analyst...
Read more
Opinion

NRG Energy Inc. (NRG) shares are trading at lower $32.53 and the avg recommendation for the stock is Strong Buy, while the current analyst...
Read more
Investing

HSBC Holdings plc (HSBC) shares are trading at lower $19.88 and the avg recommendation for the stock is Hold, while the current analyst price...
Read more
Wall Street Daily

Sigma Labs Inc. (SGLB) shares are trading at higher $3.07 and the avg recommendation for the stock is Moderate Buy. To add more color...
Read more
ORACLEDISPATCH