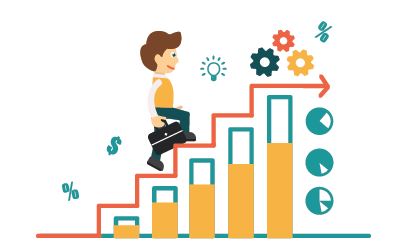 MyDx Inc (OTCMKTS:MYDX) has been yet another strong play undergoing a chart rehabilitation process at the hands of the 2016 cannabis craze. But there’s something interesting going on with this stock that deserves some extra attention. Part of what is happening in the marijuana space is a legitimation process – an evolutionary change from an unregulated “black market” to a regulated and taxed marketplace of goods and services.

Hence, there will be many new facets to this industry that have been unnecessary in the past. Health and safety regulations will be a major part of that transition. MYDX is one of the companies engaged in taking market share in that niche. On Thursday, shares of the stock took flight for better than 33% in gains on twice the 3-month average volume. The catalyst was a report that the company had launched its OrganaDx single use sensor chip “for the analysis of pesticides and heavy metals in cannabis, fruits, and vegetables. The Company also released a commercial that will be aired to announce the launch of OrganaDx and increase overall exposure for the Company and the new product line.”

MyDx Inc (OTCMKTS:MYDX) trumpets itself as a company that MyDx, Inc., a science and technology company, develops and commercializes technology and devices to accurately measure chemicals of interest in solid, liquid, or gas samples.

It also develops four sensors, which include CannaDx, a cannabis analyzer; organaDx to analyze food; AquaDx to analyze water; and AeroDx to test air. The company distributes its products through various channels, including distributors, e-commerce through company’s Website, direct to retail, and sales through affiliate partners. MyDx, Inc. was founded in 2013 and is based in San Diego, California.

Find out when $MYDX reaches critical levels. Subscribe to OracleDispatch.com Right Now by entering your Email in the box below.

As we have covered frequently of late, current polling suggests California is likely to pass its recreational marijuana initiative in next month’s election.

That, alone, will more than triple the number of U.S. residents living in states where they can buy or grow cannabis without a physician’s recommendation. A total 82 million US residents live in states that could relax rules on cannabis in about two weeks, most of which are expected to pass initiatives permitting recreational or medicinal cannabis. This is a major catalyst for shares of MYDX stock at present.

“Of our product family of four sensors, we launched the CannaDx sensor first,” MyDx Chairman and CEO Daniel R. Yazbeck explained. “Because few states require growers or dispensaries to test the cannabis they sell, the product quality is largely unregulated. This contrasts with water, food, and air, all of which have multiple state and federal agencies regulating their quality and anyone that might affect it, although many see their track record as imperfect at best as Flint, Michigan amongst many other incidents exemplifies. Ultimately, it is up to the consumer to Trust & Verify the safety of what they eat, drink and inhale.”

The stock has been in a buying frenzy, with a bit more than 450% piled on for shareholders of the company during the past trading month. But this action runs counter to a brutal bearish trend in the name that has been in place since the shares started trading in April 2015. That said, we are dealing with clearly game-changing catalysts in terms of the transition to a regulated marketplace.

Hence, it should come as no surprise that the stock is also seeing a dramatic jump in recent trading volume to the tune of 550% beyond the longer term average. Now commanding a market cap of $7.8M, MYDX has a decent store ($190.37k) of cash on the books, along with total assets approaching $890K, which leans against an appreciable load ($854.54k) of total accumulated debt.

It’s hardly a perfect balance sheet. However, that is certainly offset to some degree by the company’s top line, with trailing 12-month revs coming in at $824.04k. That number looks to grow significantly if the product tests well with consumers and the votes go according to current polling with ballots are cast in 2 weeks. For continuing coverage on shares of $MYDX stock, as well as our other hot stock picks, sign up for our free newsletter today and get our next hot stock pick!