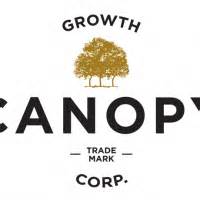 I like the company due to the assets it owns and growth potential. As for assets, the company owns the original Hershey Chocolate facility in Canada – which is on over 40 acres and has 500,000 square feet of space available for production.

CANOPY GROWTH CORP COM NPV (OTCMKTS:TWMJF) is using 168,000 square feet for its HQ, R&D, extraction and lab. This is not only a decent amount of space for production, but the company has enough available capacity to ramp-up production if and when needed.

The company also owns 52,000 square feet of growth space and a sale location in the Netherlands. These facilities are from the legacy Bedrocan merger. This portion of the business is focused on importing cannabis into Brazil. The goal in the near-term is to build a facility in Germany in order to sell products to pharmacies.

You can find out when $TWMJF reaches critical levels. Subscribe to OracleDispatch.com Right Now by entering your Email in the box below.

Canopy Growth also owns 33% in CannScience – a biopharmaceutical company. This company conducts R&D for the purpose of extraction of cannabis for therapeutic purposes. The company also has intangible assets in a few partnerships such as the one with Snoop Dog and AusCann – the Australian leader in medical cannabis.

Given the space used for production, the company is the largest marijuana producer in the entire world. This is huge for the company. For an example, the size of the beer, wine and liquor industry are nine billion, six billion and five billion, respectively. Furthermore, it is estimated that the marijuana industry could be upwards of ten billion in the mid-to-long-term. With the company’s first mover status and current economies via scale production facilities, there is a significant run-way for the company.

As for growth, the company is doing seemingly well. The company grew its revenues over 430% Y/Y. The main driver for an increase in revenues was an increase in the patient base from 2,900 to over 11,600. An increase in the price per gram of $7.17 last year to $7.34 this year also was a contributor to the top line growing. The company has also brought its net loss down from $9.4 million last year to $3.5 million this year. As the company continues to build facilities and improve capacity, the net loss will gradually turn into a net gain.

Sales continue to increase in the most recent quarter as well. The patient count grew to over 16,000 and sales grew 39% from the linked-quarter. On a year-over-year basis, sales grew an astounding 300%. There were some one-time non-cash losses which increased the net loss to $3.9 million from $1 million. Despite the net loss, the company has a cash position of $19.5 million.

One of the most interesting events that recently took place was the up-listing to the TSX on July 26th, 2016. This will not only allow the company for visibility for potential investors, but will allow more transparency for investors in the company as a whole. I view up-listings as a type of catalyst – not a catalyst that happens immediately, but gradually over-time.

I think there are a few catalysts that could potentially shoot the price of the company upwards. The first one is additional legalization of cannabis in the US or other non-legal jurisdictions. Any positive news on the marijuana industry will excite traders, pushing companies like Canopy Growth upwards. Furthermore, announcements of additional health benefits will bode well for the company.

Secondly, price increases on a per gram scale will also bode well for the company. The company controls a significant amount of production capacity and any increase in the price per gram will benefit the company. Likewise, the buildout of a German facility and Brazilian facility will not only increase sales but may act as additional catalysts.

Finally, other strategic partnerships (like the one with Snoop Dog) will benefit the company. These partnerships are not only good for the overall brand recognition but will help the company become free cash flow positive.

Overall, I think the company is a great example of a buy and hold. Whether you like it or not, the marijuana industry is becoming a hot industry in the midst of political ideology. As progressives continue to dominate the governing of countries, marijuana will slowly, but surely become more of a household brand. Likewise, Canopy Growth has enough production capacity for a huge growth run-way and first mover status in a rapidly growing industry. For more news on CANOPY GROWTH (OTCMKTS:TWMJF) and other fast-moving penny stocks, please subscribe to OracleDispatch.com now.