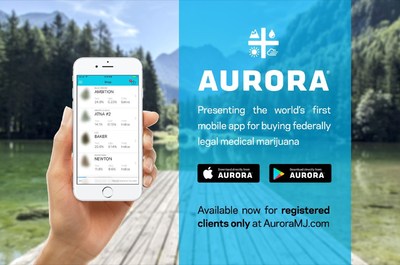 AURORA CANNABIS IN COM NPV (OTCMKTS:ACBFF) has been advancing nicely on the strength of the company’s recent announcement of its Q4 2016 and Full Financial Year 2016 Results. The numbers look very promising and we will dive into them in a moment. But first, it’s important to appreciate the action here.

The stock has been soaring of late, running 59% higher over the past month. Market participants may want to continue to pay attention to this stock. ACBFF stock has evidenced sudden upward volatility on many prior occasions. Moreover, the stock has registered increased average transaction volume recently, with the past month seeing 410% beyond its prior sustained average level

AURORA CANNABIS IN COM NPV (OTCMKTS:ACBFF) bills itself as a licensed producer of medical marijuana pursuant to the Marihuana for Medical Purposes Regulations and operates a 55,200 square foot expandable state-of-the-art production facility in Alberta, Canada.

You can find out when ACBFF stock reaches critical levels. Subscribe to OracleDispatch.com Right Now by entering your Email in the box below.

As noted above, the key news here is the company’s recent financial report.

For the three and twelve month periods ending June 30, 2016, the Company recorded revenues of $1.2 million and $1.4 million, respectively, as compared to nil ($0) for the same periods in the previous year.

Hence, we are seeing initial growth here in an environment that we know contains a lot of tailwinds.

Aurora obtained its production and sales licenses during the year and commenced selling medical cannabis products on January 5, 2016.  Revenues generated to date reflect what management believes is the fastest growth rate of active registered patients in the industry as the company scales up to full production capacity.

“Aurora has firmly established itself as a leader and innovator in the cannabis industry,” said Terry Booth, CEO of Aurora. “Since beginning commercial operations in January 2016, we have experienced rapid revenue growth, achieved a remarkable patient registration rate, raised substantial capital towards the execution of our operational and strategic initiatives, and significantly enhanced our balance sheet, with one of the strongest cash positions in the sector.”

“We have also expanded and enhanced our management team and board with highly accomplished professionals, providing more depth and breadth, as well as further strengthening our corporate governance,” added Mr. Booth. “In preparation for the tremendous growth we anticipate in this market and for our Company, we announced our plans to increase production capacity to approximately 70,000 kilograms per year via the construction of an advanced, automated greenhouse facility that represents the cutting edge in agricultural technology. Innovation remains a key aspect of our strategy to strengthen the brand associated with the Aurora Standard of excellence in production, operations and customer service. We believe our results to date validate our ambitious growth strategy, and we are extremely well positioned to capitalize on the significant growth opportunities in the cannabis sector.”

Aurora’s business strategy is to continue and accelerate its penetration of the Canadian cannabis market, achieve its Health Canada sales license for derivative products (cannabis oils) and launch derivatives sales, transition to profitability in the short-term, and begin a major expansion of production capacity. When the federal government passes legislation legalizing the consumer use of cannabis, the Company anticipates participating in the non-medical consumer market, and will envision further production capacity expansion to meet future market demand for cannabis products.

Now commanding a market cap of $385.1M, ACBFF has a decent store ($126.97k) of cash on the books, which must be weighed relative to an appreciable load ($7.85M) of total accumulated debt.

However, given its potential for growth on the top line, as evidenced by this revenue report, and given the changing legislative context in both Canada and the US, this debt level is not a major impediment to growth. There will be access to resources, and return on investment should be rising here. If that story changes, we will be first in line to let you know. For continuing coverage on shares of $ACBFF stock, as well as our other hot stock picks, sign up for our free newsletter today and get our next hot stock pick!