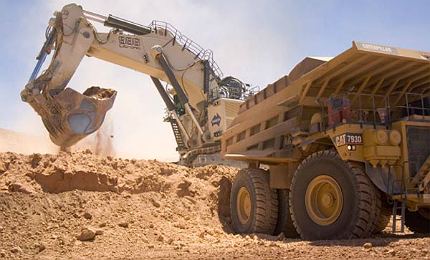 Northern Dynasty Minerals Ltd (NYSEMKT:NAK) is a hedged bet if Clinton gets elected President. It would be an understatement to say that Northern Dynasty Minerals (NAK) has had a hairy past. There has been environmental hurdle after hurdle that has hindered the company from developing and extracting the treasure within their mine. From the Obama administration siding with fisheries to the EPA invoking development – well, hairy may be an understatement. Despite the hair embedded into the success of this security, there may be a near-term catalyst that could bode well for the Pebble Project operation.

The company is the owner of the controversial Pebble Limited Partnership – an entity focused on the Pebble Project in southwest Alaska for the means of copper, gold, molybdenum and silver production. The asset has had over $750 million invested in it to date and has over 6.44 and 4.46 billion tonnes of measured and indicated resources and inferred resources, respectively. This has allowed the project to be the world’s largest undeveloped copper and gold resource in the entire world.

Northern Dynasty Minerals Ltd (NYSEMKT:NAK) carries a market cap around $250 million – including all options and warrant – the company is sitting on a massive pile of untapped potential.

The big overhang has to do with the location of the fisheries and the EPAs decision. Despite the company alleging that there are a vast majority of opportunities for Pebble to create more habitats in local watersheds than will be affected by ‘total’ mine development, the EPA, Native Tribes, etc., have not budged. In short, the company would like to build the best mine possible, while at the same time conserving fisheries – via more buildouts – resulting in no net losses to any fisheries.

Republicans has pushed back on the EPA saying they have over-stepped the bounds. Depending on how you observe the situation, this could be true. What we do know is that the development of Pebble will create upwards of 15,000 jobs, estimated $2.7 billion in US GDP on an annual basis and an increase in US Copper Production by over 20%.

Find out when $NAK reaches critical levels. Subscribe to OracleDispatch.com Right Now by entering your Email in the box below.

On a state-wide level, the build-out of the mine looks even more enticing. For an example, the average annual salary of a mine worker is $109,500. This is more than double the Alaskan state average. If operations do commence, it has been estimated that it will boost Alaska’s GDP by more than 3% and bring in over $1 billion in annual operating revenue. Conclusively, if the project gets full approval, it will transform the Bristol Bay area.

There are a few things that need to be done for operations to commence. First, the company needs to resolve the EPA’s Proposed Determination. Moreover, the company needs the right permits that are not encumbered by any extraordinary development restrictions. Secondly, the company needs to advance their conversations with potential partners in the project. Thirdly, there needs to be some negotiating between the Alaska Native Villages. Fourthly, it would be beneficial to enhance the public and political support of the project.

What makes NAK ‘very’ interesting is the up and coming election – which may serve as a catalyst. Moreover, the catalyst is based upon Hilary Clinton winning and the October 2015 merger with Cannon Point.

What does Cannon Point have to do with Clinton winning the election? Well first off, Cannon Point is controlled by Frank Giustra and Gord Keep. Giustra is a friend with Bill Clinton. Not only is he a friend, but also one of the largest donors to the Clinton Foundation. Here is an interesting excerpt involving the two men:

“Giustra now sees himself as Canada’s answer to Andrew Carnegie and intends, as Carnegie did, to give away his fortune apart from what he requires to live on. The vehicle for his giving shouldn’t come as a surprise. “In the philanthropic sense,” he says, “all my chips are on Bill Clinton.”

Then it gets even more interesting…

“In Colombia, where his investments include oil, timber, and coal mines, Giustra dined one evening in 2010 with Bill and Hillary Clinton, who both met with Colombia’s president the next day. Soon after, one company in which Giustra holds a stake “acquired the right to cut timber in a biologically diverse forest on the pristine Colombian shoreline,” Schweizer writes, and another was granted valuable oil drilling rights.”

And it doesn’t stop there…

“A similar situation had unfolded in Kazakhstan in 2005. Giustra and Clinton jetted in to dine with the country’s authoritarian president, Nursultan Nazarbayev. Days later, Giustra’s mining company signed an agreement giving it stakes in three state-run uranium mines in addition to those it controlled in the U.S. After a $3.5 billion merger, the company was eventually acquired by the Russian atomic energy agency, Rosatom. Because uranium is a strategic asset, the sale required (and received) approval from multiple U.S. agencies, including the Department of State, then run by Hillary Clinton.”

I think you can see where this is headed. If Clinton wins the election, it’s likely that the mine will get all of the approval it will need to begin operations. NAK has shot up recently – with my belief that investors are catching onto this special situation. It’s likely that the stock will continue to go up if Clinton shows positive results in the pools. Furthermore, if Clinton wins the election, there could be a decent pop-up in the stock post-results. Overall, the mine has a ton of assets that are significantly undervalued in comparison to the stock price. If Clinton wins, there is a good chance the company will get approval. For continuing coverage on shares of $NAK stock, as well as our other hot stock picks, sign up for our free newsletter today and get our next hot stock pick!