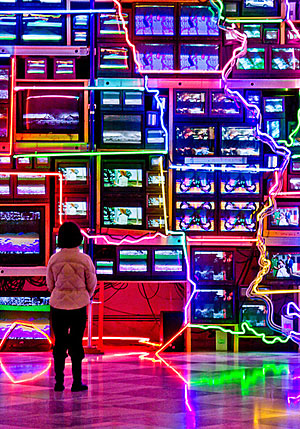 Airborne Wireless Network (OTCMKTS:ABWN) is a micro-cap stock with big plans for a new digital superhighway. The world’s tech leaders are searching for innovative new ideas to bring the Internet to every corner of the globe. Google has been working on plans using hot-air balloons and Facebook has outlined a plan to use drones. And now Airborne Wireless Network (OTCMKTS:ABWN) has a similarly epic vision for bringing the Internet to every corner of the globe: hooking up broadband transceiver systems on the world’s aircraft, enabling them to function as mini-satellites in the sky.

Based on that vision alone, California-based Airborne Wireless Network has attracted a tremendous amount of attention from investors, traders and speculators. What if the company really has found a way to build a “digital superhighway in the sky”? Since August, the company has been releasing press release after press release, outlining the latest steps it has taken to turn its dream into a reality.

Airborne Wireless Network (OTCMKTS:ABWN) shares are currently trading near $1.00, giving the company a total market capitalization of $103M. Over the most recent 52-week period, shares have traded as low as $0.25 and as high as $1.04. Currently, shares are locked in a relatively tight trading range of $0.87 – $1.04, as investors try to make sense of the company’s future plans.

You can find out when $ABWN stock reaches critical levels. Subscribe to OracleDispatch.com Right Now by entering your Email in the box below.

Complicating matters somewhat is the fact that Airborne Wireless Network is essentially just a shell company with zero revenues. Formerly known as Ample-Tee, Inc. as recently as May 2016, ABWN was a company in search of a plan just six months ago. On May 31, the company announced that it had $0 in revenue, a net loss of $14,000, no cash and $33,000 in liabilities. At the time, the company said it was seeking new business opportunities with established business entities for a merger or acquisition of a target business. ABWN, as a shell company, would be a way for recently formed entities to utilize the public marketplace. According to Bloomberg, one plan was to sell ergonomic products such as chairs and workstations for the physically disabled.

But from May to August, the company appears to have discovered its true calling – creating the airborne digital superhighway. In August, the company received a U.S. patent and trademark for “Infinitus Super Highway,” a radically new plan to create an airborne wireless network. The key component of this network would be broadband transceivers attached to Boeing aircraft, which would be able to connect with other aircraft transceivers. In short, it would be a network that would not rely on low-earth orbit (LEO) satellites. Airplanes zigzagging the circumference of the earth would become the new satellites.

But is this audacious idea really possible? Well, Airborne Wireless Networks thinks so. On August 31, the company signed a memorandum of understanding with Jet Midwest to use three of their Boeing 757 aircraft for a “proof-of-concept” test.  Airborne also began announcing the hires of key personnel, including a top FAA consultant. In addition, the company announced that it had signed an agreement with Concept Development Inc. (CDI), a top aerospace engineering design and manufacturing firm, to help build out this concept. In the past, CDI has worked with Boeing, Northrop Grumman, Rockwell Collins and L3 Communications, so there’s definitely a track record there.

But the biggest news came on October 31. That’s when Airborne Wireless Network announced that it had officially filed an app with the FAA for a “civilian air-to-air communication system.” Tests will begin with the Boeing 757-200 aircraft, and if that’s successful, will be extended to all major aircraft in the world. The broadband transceiver system, says ABWN, won’t interfere with any onboard aircraft systems.

The last piece needed to build out this audacious plan is financing. Remember, this is a shell company with zero revenue and zero cash. So two times in October – on October 13 and October 27 – the company raised cash through a private placement of stock. Both times, the company raised $250,000 for a total of $500,000.  Presumably, that money will be used to finance the testing and build-out of the air-to-air system.

Obviously, there are a lot of question marks surrounding Airborne Wireless Network. By any conventional methods, it’s close to impossible to value the company. However, the idea of a new Internet superhighway powered by airplanes is an exciting concept. If ABWN manages to make this system operational, it’s easy to see how it could become a multi-million-dollar opportunity. And, for the low, low price of just $1, you can now speculate on the future of the Internet. For more news on Airborne Wireless Network and other fast-moving penny stocks, please subscribe to OracleDispatch.com now.