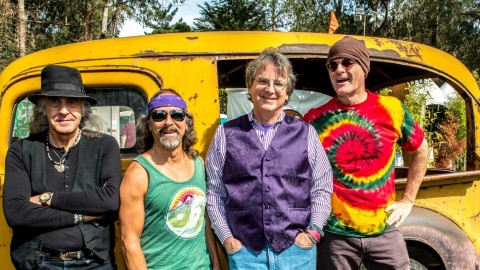 AGRITEK HLDGS INC COM USD0.0001 (OTCMKTS:AGTK) is another member of the cannabis patch that has really soared higher on momentum into the November 8 voting. The stock rallied by as much as 3,000% since September 1, and has held onto most of the move. The major catalyst here has been a comprehensive positioning to take strong advantage of the California market should Proposition 64 pass (current polling suggests it will).

We have seen shares soar higher on clear expanding volume as the company has outlined its attack strategy. The company is one of the most aggressively positioned into the vote of any we have reviewed. There is exposure here to direct cultivation, sales of miscellaneous consumables, pick and shovel services, and medical. This diversified approach has worked with investors making shares of AGTK stock one of the most successful of any play in the 2016 cannabis craze.

AGRITEK HLDGS INC COM USD0.0001 (OTCMKTS:AGTK) trumpets itself as a company that offers various products and services to the medicinal marijuana sector in the United States. It distributes hemp-based nutritional products; and provides solutions for electronically processing merchant transactions.

The company is also involved in the acquisition and leasing of real estate properties, such as cultivation space and related facilities to licensed marijuana growers and dispensary owners. In addition, it offers consulting services, including obtaining licenses, compliance, cultivation, logistical support, facility design, and building services to the cannabis industry.

AGTK considers itself a pioneer within the medicinal marijuana space, provides innovative patient technology and agricultural solutions within the Compassionate Care Technology for the recreational cannabis industry. Agritek Holdings, Inc. does not directly grow, harvest, or distribute or sell cannabis or any substances that violate or contravene United States law or the Controlled Substances Act, nor does it intend to do so in the future.

Find out when $AGTK stock reaches critical levels. Subscribe to OracleDispatch.com Right Now by entering your Email in the box below.

Recently, the Company’s CEO, B. Michael Friedman, put out a letter to shareholders granting a great deal of perspective on the coming course of operations and the vision and outlook for the company.

Obviously, the central theme was the upcoming November election voting. Friedman noted that it “will set the tone for this sector including recreational approval in the two states of California and Nevada. This positive outcome and event will create unprecedented growth within the recreational marketplace which we at Agritek Holdings are immediately poised and intend to capitalize on.”

One of the key focal points of the letter was a note about access to new funding capital: “Agritek Holdings based on our rapid growth and experience within the sector, has recently been offered a new capital infusion from various funds exceeding $500,000 starting next month. I have engaged a new acting CFO with the first line of business being to bring the Company current to fully reporting status. The Q2 report is presently under review and should be completed and approved by our auditing firm before the end of the month…The new funding will be directed initially toward our new research and development Hemp project in Colorado. As previously mentioned, the Company has completed the joint venture with its’ Colorado based partner allowing our Company to produce unlimited Hemp crops through the issue of a license for use in various wellness products. We are also completing the process regarding the twenty plus acres of land in Pueblo, Colorado in which we are on the deed and intend to have complete ownership of for the scaling of our operations in Colorado.”

One of the issues to address here, however, is the potential for a mass liquidation if voting on November 8 doesn’t go as anticipated. As that is the case, we would expect many large holders of AGTK stock to think about the fact that they have just seen a 3,000% price appreciation in the past 8 weeks and perhaps look to take a bit off the table ahead of that vote. If you believe in polling, that move can be to your advantage as a prospective player here.

If all the pieces fall into place, AGTK stock could ride the momentum wave around the Green Rush and profit from the enormous expansion of the legal marijuana industry. Now commanding a market cap of $19.7M, AGTK has virtually no cash on the books, along with total assets of $98K, which compares with an appreciable load ($163.11k) of total accumulated debt. The company has a strong strategy for winning after the vote, not just into it. But that is very much a high-risk binary situation. We will eagerly update the story as events dictate. For continuing coverage on shares of AGTK stock, as well as our other hot stock picks, sign up for our free newsletter today and get our next hot stock pick!