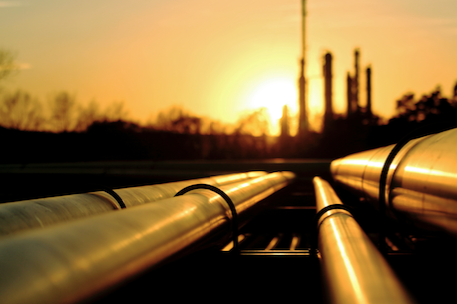 Linn Energy LLC (OTCMKTS:LINEQ) is an upstream MLP in the energy space that went into Chapter 11 protection and reorganization in May of this year, along with many similar companies. This was a macro story, not a company-specific one. Linn Energy was granted access to tons of very cheap debt when oil was massively mispriced in 2013 and the first half of 2014. They made the same mistake the creditors did, which was a failure to properly extrapolate supply trends and OPEC’s ability to manage global production.

In recent months, the picture had seemed to be stabilizing with analysts starting to anticipate oil pricing trends for 2017 and 2018 in the $50-70 range per bbl. That shift in view, along with a resurgence in other commodities, created a furor of buying in BK’s in related stocks, including this one, on speculation that assets might start to be valued in surplus of debts and common equity would once again have value. Hope springs eternal. In Chapter 11, common shares, now marked with a ticker ending a “Q” almost always go out at $0/share. More than likely, this will be the case for LINEQ as well.

Linn Energy LLC (OTCMKTS:LINEQ) bills itself as an independent oil and natural gas company that acquires and develops oil and natural gas properties in the United States. Its properties are located in the Hugoton Basin, the Rockies, California, east Texas and north Louisiana, the Mid-Continent, Michigan/Illinois, the Permian Basin, and south Texas.

As of December 31, 2015, the company had proved reserves of 4,488 billion cubic feet equivalent; and operated 19,294 gross productive wells. Linn Energy, LLC was founded in 2003 and is headquartered in Houston, Texas. On May 11, 2016, Linn Energy, LLC, along with its affiliates, filed a voluntary petition for reorganization under Chapter 11 in the U.S. Bankruptcy Court for the Southern District of Texas.

Find out when $LINEQ stock reaches critical levels. Subscribe to OracleDispatch.com Right Now by entering your Email in the box below.

As noted above, shares of LINEQ have been a part of the new revolution in share recovery among commodity producers in BK right now as commodities prices have soared higher. However, this week has been a tough week to fit into that narrative.

Even if analysts didn’t see this coming, the oil market seems to have anticipated things. Crude Oil, priced in continuous contract futures, had broken below the long-term trendline drawn off the February $26 low well ahead of the EIA report, and the ensuing dive drove total w/w losses to over 10%. Oil is now back where it was before OPEC’s production freeze announcement in Algiers in September.

It now appears as if oil was being held off shore in tankers to reduce supply pressure and allow producers to sell/hedge forward oil up the futures curve in the mid $50’s to get in place an ability to produce volume at lower prices. That will make it very tough for a quick recovery of the recent drop in prices, and likely make it impossible for common equity holders in companies like LINEQ to end up with value on reorganization.

One thing we have to take into account here is the absence of a trending marketplace in the commodity space at present. Oversupply continues to dominate the playing field. That said, we do have many pieces in place for a shift to fiscal stimulus as a policy agenda, and that may shift that playing field over the next few months.

As such, the most important news here fostering greater risk taking among investors would likely be about further court-approved delays. Earning a current market cap value of $55.3M, LINEQ has a ton of work to do to get back to previous heights of value and operations. But the Chapter 11 process is a proven one for longer-term functionality. However, the process very rarely pays off for common equity investors in through the front door. We will continue to monitor this stock and others in parallel stories for changes in course. For continuing coverage on shares of $LINEQ stock and our other hot stock picks, sign up for our free newsletter now and get our next hot stock pick!