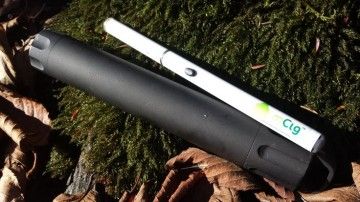 mCig Inc (OTCMKTS:MCIG) has become one of the most dramatic penny stock movers during what some have called “the Green Rush 2.0”, in homage to the extreme cannabis-sector-wide launch that occurred in early 2014 after the concept of full recreational legality was put in play by the first states. This time, it may be an even more dramatic and lasting phenomenon. But the story is really about what we see this week, on November 8, when nine states vote on varying degrees of legality for cannabis-related usage.

During the run, which has basically encompassed September, October, and early November, MCIG has been one of the true star performers. Shares of the stock are up as much as 700% during the mania move. Moreover, the name has registered increased average transaction volume recently, with the past month seeing approaching 420% over the long run average. In short, it’s already been a wild ride and it may be about to get crazier still.

mCig Inc (OTCMKTS:MCIG) bills itself as a company that manufactures, markets, and distributes electronic cigarettes, vaporizers, and accessories under the mCig brand name in the United States.

The company offers electronic cigarettes and related products through its online store mcig.org, as well as through the company’s wholesale, distributor, and retail programs. It also constructs commercial and modular buildings.

According to the company’s media messaging, MCIG is really a “diversified company servicing the legal cannabis, hemp and CBD markets via its lifestyle brands. MCIG has transitioned from a vaporizer manufacturer to industry leading large scale, full service cannabis cultivation construction company with its Scalable Solutions division currently operating in the rapidly expanding Nevada market. The company looks forward to growing its core competencies to service the Ancillary legal Cannabis, Hemp and CBD markets, with broader expansion to take place once federal laws change.”

Management has a strong sense of perspective at this point. The company put out a corporate update toward the end of October. And the message was very clear.

“The 2016 elections and cannabis related ballots across the United States are exceptionally important to the continued expansion of the industry and we feel MCIG, Inc. is well positioned at many different market verticals, most notable the Nevada cultivation market. Company divisions are fundamentally healthy and we expect to see revenues continues to grow as overall operations expand and are scaled to meet various forms of demand. Currently, 3 of our 4 divisions are profitable as we continue to focus on this profitability via cost cutting initiatives that continue to improve our margins. Also, our cash position has significantly improved while our expenses remain at all-time lows allowing for a good base for future growth.”

One key part of the message to pick up on is, while we are constantly reminded of the importance for all companies in the cannabis patch of the California Proposition 64, the Nevada vote may actually be more important for MCIG given its cultivation exposure in its portfolio company, Scalable Solutions.

“After being established in March 2016, Scalable Solutions has quickly become a leader when it comes to Marijuana cultivation construction. Currently, we have five projects under construction and a backlog of more than $6 million dollars. Scalable Solutions will become a main driver of revenues for mCig as the legal cannabis industry continues to grow within its Nevada, which is expected to be a $629.5 million market by 2020. The company is also currently working on smaller projects in Washington and Oregon in various capacities while expanding its base of operation in Nevada.”

This is a penny stock to watch closely after the election results come in. At this time, carrying a capital value in the market of $53.7M, MCIG has a decent store ($224.44k) of cash on the books, alongside total assets exceeding $720K, which compares with about $200k in total accumulated debt. MCIG is making real money, with trailing revs already coming in at $1.61M. In addition, the company recently noted that 3 out of 4 of its primary segments is actually net profitable at this point. In other words, the financial picture is already pretty strong here, and that’s ahead of the vote. We will update this story soon. For continuing coverage on shares of $MCIG stock, as well as our other hot stock picks, sign up for our free newsletter today and get our next hot stock pick!