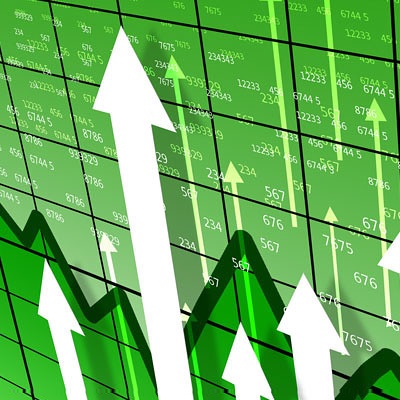 MGT Capital Investments Inc. (OTCMKTS:MGTI) is a wild story on Wall Street that has started to garner even more extreme interest among traders as the action heats up following the company’s departure from the NYSE through a high profile delisting. The other big story in recent weeks is the class action lawsuit being waged against the company on behalf of investors.

The situation may be worth watching from here. MGTI has evidenced sudden upward volatility on many occasions since McAfee took over the helm in May. What’s more, the company has seen an influx of interest of late, with the stock’s recent average trading volume running 83% over what the stock has registered over the longer term. Traders should note this as important due to the tight float size in the stock (just a tad more than 21M shares). It’s something the veterans know to key on: with such a tight trading float, this kind of ramping interest can force a supply-shock squeeze.

MGT Capital Investments Inc. (OTCMKTS:MGTI) promulgates itself as a company that acquires, develops, and monetizes assets in the online, mobile, and casino gaming space. The company operates through two segments, Gaming and Intellectual Property.

It operates Slot Champ, a social casino platform; and owns the United States patents related to casino gaming systems. The company has a strategic alliance agreement with M2P Americas, Inc.; and M2P Entertainment GmbH to market and exploit MP2s gaming technology in North and South America.

MGT Capital Investments, Inc. was founded in 1979 and is based in Harrison, New York.

The stock has been particularly on the market’s radar since it announced its first network security product, dubbed Sentinel. The product, which was designed by so-called white-hat (or ethical) hackers and security guru John McAfee, MGT’s executive chairman, monitors network traffic for suspicious activity using algorithms and heuristics (a method that speeds up problem-solving) and generates an alert and deploys appropriate countermeasures when it spots something.

“Sentinel is the first user-friendly security device to provide actionable intelligence before companies are hacked,” MGTI said in a press release Friday announcing the commercial availability of the product.

However, the stock has since been delisted by the NYSE, and now we see emerging a series of possible class action lawsuits alleging that during the Class Period, MGT made false and/or misleading statements and/or failed to disclose the risk that its stock to be issued in connection with the acquisitions of D-Vasive and Demonsaw may not be listed by the New York Stock Exchange ; and that MGT was under inquiry by the U.S. Securities and Exchange Commission prior to September 19, 2016.

On September 19, 2016, the Company announced that it received a subpoena from the SEC requesting information, and that it received a notification from the NYSE that the exchange would not approve the listing of the 43.8 million shares that MGTI is required to issue in order to complete the D-Vasive merger. When this news became public, shares of MGTI dropped in value.

The company’s CEO, McAfee, has been at the center of a swirl of controversy, and is featured in a recent award-winning documentary that explicitly fingers him as a murderer and a rapist. Hence, investors can safely see this is as a rock-bottom share price at current levels in terms of headline flow and investor sentiment.

As such, if we were to hypothetically see that true growth might appear on the horizon, there is no telling how high shares might rise. That said, by the same note, we can’t be sure all the dirty laundry has been aired here.

Currently trading at a market capitalization of $32.4M, MGTI has a decent store ($1.60M) of cash on the books, along with total assets just under $300K, which compares with de minimus total accumulated debt.

All-in-all, the balance sheet appears to be in fine shape. And the company has recently released an apparently viable product. Business is going fine on an operational basis. That said, leadership is shaky, and legal and PR liabilities are a major obstacle. We will update the story again soon when we have more a bit more clarity. For continuing coverage on $MGTI stock and our other hot stock picks, sign up for our free newsletter now and get our next hot stock pick!