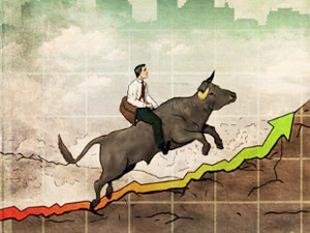 Cannabis Sativa Inc (OTCMKTS:CBDS) has been advancing nicely as a core play on the marijuana stocks mania playing out over the past two months. The movement is an anticipatory adjustment ahead of voting on Tuesday when nine states will deliver verdicts on the future legal status of pot for either medicinal or recreational uses (for readers who have been living under a rock). CBDS was one of our favorites in the group in September because it was “unloved” and carried a tiny float.

Traders will note 200% during the past two months in terms of shareholder gains in the name. This is emblematic of the stock in its history. CBDS has forged more than its share of dramatic rallies, partly due to its small trading float. What’s more, the stock has seen an influx of interest in recent trading, with the stock’s average trading volume running nearly 180% beyond its longer term average. This is particularly important given that tiny trading float of just 4.2M shares. One is wise to respect the dynamic this may create — a jump in average daily transaction volume in a stock with a restricted float can unleash fireworks as supply is squeezed.

You can find out when $CBDS stock reaches critical levels. Subscribe to OracleDispatch.com Right Now by entering your Email in the box below.

As noted above, CBDS was one of our favorites back in September precisely because it seemed so laden with doubt and naysayers, but was riding a great degree of exposure and very, very small float. However, for those same reasons, it’s possible this stock will be one of the worst cases of sell-the-news after the vote, so we would be a bit cautious after the anticipatory run-up has run its course.

As far as recent catalysts, the only thing to pop up on the radar, besides the voting on Tuesday, is the company’s play for increased exposure as anchor for HALLOWEED, a Prop 215 friendly event that took place at San Francisco’s Cow Palace on October 28,29, & 30, 2016.

Cannabis Sativa Inc featured its Wild Earth Naturals CBD infused water at the Ibudtender booth. Event goers were invited to stop by the Ibudtender booth to see the latest in advanced technology for the cannabis sector. Guests were welcome to purchase a bottle or case of Wild Earth Naturals CBD infused Water or a container of hi Recover topical balm.

The company’s National Sales Director, Hal Lewis, was allegedly onsite and available to discuss the products, the Company and opportunities.

At this time, carrying a capital value in the market of $130.4M, CBDS has a comparatively small store ($129.05k) of cash on the books, with total assets approaching $3.9M, which is balanced by a manageable load ($167.21k) of total accumulated debt. In other words, the balance sheet does not appear to be an issue one way or the other.

As far as top line action, CBDS is making some money, with trailing revs already coming in at $75.71k. While small, this is a rapidly growing number, which is still important to recognize (quarterly y/y revs increasing at 8122%). Check back soon for our next update on this exciting small cap name. For continuing coverage on shares of $CBDS stock, as well as our other hot stock picks, sign up for our free newsletter today and get our next hot stock pick!