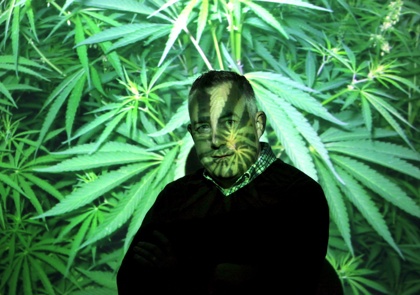 Easton Pharmaceuticals Inc (OTCMKTS:EAPH) has been running up the charts of late in a big way as a derivative play on the marijuana stock mania. However, there are other important catalysts in play that should be noted.

In the first case, Easton has made investments in the medical marijuana industry through AMFIL Technologies, a company involved in medical marijuana and other industries as well as advancing funds towards another Canadian medical marijuana initiative who has received a letter to build under the MMPR system in Canada. However, more recently, the company received a preliminary proposal from a major multi-national pharmaceutical company for its regulatory approved, patented VagiSan woman’s diagnostic test Bacterial Vaginosis for Mexico and Ecuador. This combination of catalysts has vaulted the stock to nearly 400% in gains over the past month of action.

Find out when $EAPH stock reaches critical levels. Subscribe to OracleDispatch.com Right Now by entering your Email in the box below.

As noted above, EAPH is involved in the medical marijuana business. And while we see other important catalysts, to be frank, the 400% rally is still probably largely a consequence of the fervor surrounding the marijuana space.

Easton has made investments in the medical marijuana industry through AMFIL Technologies. AMFIL is involved in medical marijuana. EAPH also pushed capital towards another Canadian medical marijuana initiative that has received a letter to build under the MMPR system in Canada. The company’s gel formulation is thought to be an innovative and unique transdermal delivery system that can in the future be adaptable in the delivery of other drugs and Cannabidiol extracts.

Given that both the US and Canadian marijuana markets are expected to grow by leaps and bounds over the next year, EAPH shareholders have no doubt benefitted tremendously over the past month from this exposure.

However, there is more to this story than a trumped up pot stock narrative.

Easton Pharmaceuticals is a diversified specialty pharmaceutical company involved in various pharmaceutical sectors and other growing industries. The Company previously developed and owned an FDA-approved wound-healing medical device and currently owns topically delivered drugs to treat cancer and other therapeutic products to treat various conditions that are all in various stages of development and approval.

Easton has partnered with BMV Medica and together own the exclusive distribution rights in Mexico and Latin America for patented women’s diagnostic products and two generic cancer drugs.

“The filing, review and approval process has taken over a year which is longer than originally anticipated, but a remarkably short period of time given the average time to approval is between two and three years for most Health Sector products in Mexico. The approval is in Ackerman Pharma’s name, fulfilling the legal requirement that the Marketing Authorization holder have an Establishment License. This is common practice in Mexico where the “host” holds the approval in the name of the sponsor company.”

Earning a current market cap value of $16M, EAPH has almost no cash on the books, alongside total assets topping $1.4M, which is balanced by very little total accumulated debt.

There is some promise here, real catalysts in play, and the lack of debt is excellent. However, the company is short on cash with a cost-intensive path ahead. In addition, they will need to make good on the medicinal marijuana side of the equation given the prop job that the current cannabis fever has delivered for shareholders. We will update the story again very soon as new events dictate. For continuing coverage on shares of $EAPH stock, as well as our other hot stock picks, sign up for our free newsletter today and get our next hot stock pick!