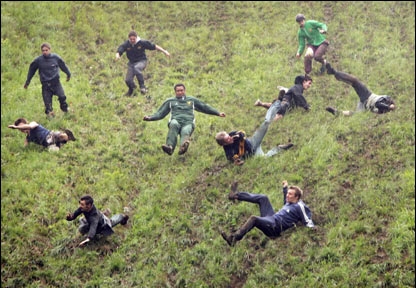 James Hudson
GREAT BASIN SCIENT COM USD0.0001(POST SPLIT) (OTCMKTS:GBSN) is a stock that has been remarkable in its unraveling. The stock has dropped over 99% of its value over the past couple months and then given way to sideways churning action without so much as an appreciable bounce of any kind.

In that time, we have seen its exchange status delisted and a series of impending dilutions line up for a further attack on shareholder value. For example, the company just announced that it has entered into an agreement with holders of its 2015 Senior Secured Convertible Notes to exchange all of its approximately $8.5 million in principal for 8,436 shares of new Series F Convertible Preferred stock. The Company will also receive a release on the restrictions of approximately $3.6 million of cash from the restricted cash accounts upon closing of the exchange agreement. And through it all, the question looms: When cometh the bounce?

Its assays under development include Staphyloccocus aureus (SA) pre-surgical nasal screen, a rapid test for the presence of SA in the nasal passages of a pre-surgical patient; Stool bacterial pathogenic panel, which is designed to detect the causes of food poisoning; Candida blood infections panel that is designed to identify the five species of Candida directly from positive blood cultures; Pertussis test for contagious respiratory disease caused by the bacterium Bordetella pertussis; and CT/NG test for chlamydia tracomatis/neisseria gonorrhoeae.

The company sells its diagnostic tests through a direct sales force in the United States, as well as through distributors in the European Union and New Zealand. The company was formerly known as Diagnostic Micro Arrays, Inc. and changed its name to Great Basin Scientific, Inc. in April 2006.

Find out when $GBSN stock reaches critical levels. Subscribe to OracleDispatch.com Right Now by entering your Email in the box below.

Traders will note perfectly sideways action during the past week in terms of shareholder value. This comes after a truly gut-wrenching decline during the prior month. However, GBSN has a track record that includes a number of dramatic bounces. What’s more, the company has seen an influx of interest of late, with the stock’s recent average trading volume running just shy of 680% over what the stock has registered over the longer term. This should not be overlooked due to the tiny float size in the stock (barely over 510K shares).

As savvy traders are well aware, with such a tight trading float, this kind of ramping interest can force a supply-shock squeeze.

According to the company’s press messaging, “Great Basin Scientific is a molecular diagnostics company that commercializes breakthrough chip-based technologies. The Company is dedicated to the development of simple, yet powerful, sample-to-result technology and products that provide fast, multiple-pathogen diagnoses of infectious diseases. The Company’s vision is to make molecular diagnostic testing so simple and cost-effective that every patient will be tested for every serious infection, reducing misdiagnoses and significantly limiting the spread of infectious disease.”

Currently trading at a market capitalization of $3.5M, GBSN has a decent store ($1.16M) of cash on the books, with total assets above $26M, which is balanced by an appreciable load ($16.10M) of total accumulated debt. As noted, the key here is the dilution that is coming down the pipe for shareholders. Market pricing for the shares has been pricing this in. We suspect more concrete news to hit soon announcing the expanded outstanding shares, and that may well finally spur the long-awaited bounce. For continuing coverage on shares of $GBSN stock, as well as our other hot stock picks, sign up for our free newsletter today and get our next hot stock pick!