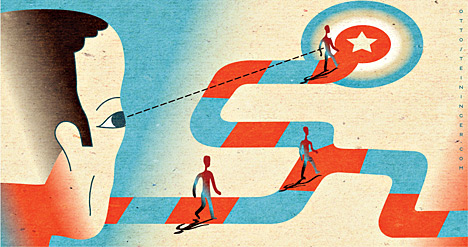 Wowi Inc (OTCMKTS:WOWU) is a penny stock that’s bringing some new wow to the marijuana market. With the upcoming legalization of marijuana planned in more U.S. states, the momentum continues to build around companies that can profit from future growth in the industry. One of those companies is Wowi Inc (OTCMKTS:WOWU), which focuses on the retail distribution and cultivation of products in the legal cannabis industry.

Wowi Inc (OTCMKTS:WOWU) has undergone a massive re-branding and transformation to position it for future growth in the legal cannabis industry. In late June, the company formerly known as Jolen, Inc. acquired World of Weed, Inc. (WOWI) in Colorado and changed its name to Wowi Inc.

World of Weed will now be the driving force behind Wowi, so investors are keeping a close eye on the Colorado company’s future prospects. The company has a number of different plans including branding and product development of cannabis, acquiring and building marijuana retail pharmacies, and establishing a national cannabis brand supported by cannabis-producing farms and dispensaries of cannabis products.

Find out when $WOWU stock reaches critical levels. Subscribe to OracleDispatch.com Right Now by entering your Email in the box below.

WOWU has consistently pointed to the future growth prospects of the legal cannabis industry. Starting from a base of $5 billion in 2015, it’s now projected to be a $22 billion industry by 2020. A big portion of that, no doubt, is due to the rapid growth of legal marijuana in the Western United States. Colorado and Oregon are spearheading the legalization drive, which now includes Nevada and California.

While the big picture is an attractive one – especially given WOWU’s commitment to become a “national cannabis brand” – some of the company’s future strategic goals appear a bit jumbled. It’s not clear whether the company plans to build a true vertically-integrated cannabis company from cultivation to retail sale, or focus more on the retail side of cannabis (e.g. operating dispensaries).

Going forward, investors should keep a close eye on what types of agreements WOWU is signing with partners. For example, the recent Pueblo farm deal would suggest that cultivation is going to play a more important role in driving future growth. WOWU has made clear that it is open to hosting other products developed in coordination with agricultural institutions, providing controlled growing and harvesting conditions and developing selective distribution through dispensaries and stores.

Clearly, a lot is still being formulated in terms of strategy, given the recent name change and acquisition in late June. As a result, this could be a chance to get in early on a relatively unknown name within a rapidly growing industry. It’s hard to ignore the future growth projections of the industry, and any company that manages to capture just a small percent of the market would be in line to post millions of dollars in revenue by 2020. That’s a big “WOW” factor. For more information on Wowi Inc. and other fast-moving penny stocks, please subscribe to OracleDispatch.com now.