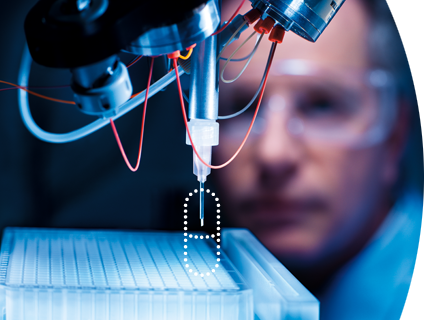 Eleven Biotherapeutics Inc (NASDAQ:EBIO) had an incredible run the day after the election results. As of this writing the company is up ~30% on 3.09 million shares traded. In an average day, only 945,000 shares trade. This is notable – especially for a company with a market cap just shy of $35 million. So why exactly did Eleven Biotherapeutics have such an incredible run? Especially given the recent drop from ~$6.00 to the near 52/week low.

Before we talk about the speculation on the price run, it would be good to go over the business model itself.

Eleven Biotherapeutics Inc (NASDAQ:EBIO) is a late stage clinical oncology company. The products the company is developing is in late stages primarily targeting their protein therapeutics (TPT) platform. TPT is a tumor-targeting antibody fragment and a protein cytotoxic payload. The product effectively is a single protein molecule that focuses on killing tumors.

So why the rapid rise? The company hasn’t announced anything since 11/4/16 – and that was just the announcement of when they expect to release third quarter results. The reason for the rise was the results of last night’s Presidential election.

You can find out when $EBIO stock reaches critical levels. Subscribe to OracleDispatch.com Right Now by entering your Email in the box below.

The reason for the rapid price rise stems from a few facts stated a year-ago by Presidential candidate, Hillary Clinton. Sometime last year, Hillary Clinton tweeted how Martin Shkreli’s company raised the price of its drug from $13.50 to over $750 per pill. The tweet went something like this…

“Price gouging like this in the specialty drug market is outrageous. Tomorrow I’ll lay out a plan to take it on.”

Ever since that tweet, biotech stocks haven’t seemed to catch a break. In fact, it was widely accepted that Clinton had a wide chance of winning the Presidential election. With her hard stance on the biotech sector, well, let’s just say biotech wasn’t the industry to be in this past year.

Everything changed post-election results. Trump’s victory surprised the public sending global markets in disarray. In fact, the market was so shocked that the futures market was halted. What is interesting, after the market took some time to think about it, all losses were recovered. In fact, there has been quite a rally across the broad market the day after the election.

You see, it was expected that if Hillary Clinton won, the market would stabilize and even rally if the republicans won the house and senate. Trump was the wild card with this election. Investors, the public and global markets were uncertain of a Trump victory. Thus, it was expected that the markets would crash if Trump won. Well, they did crash, but only for a short-while. And then the rally came.

A good sector to be in, post-election, was the biotech industry. There was a lot of priced in value – due to an expected Clinton win. Once the market realized that Clinton didn’t win, biotech’s had their chance to recover – and recover they did. Think about the recovery this way; when an industry gets beaten down so much on expected information and that information never plays out, well, it’s typical for there to be a recovery.

The key question that should be asked; will the rally sustain? That is tough and nearly impossible to predict. What we do know is that EBIO will be posting their third quarter results on the 14th, Monday morning. Positive color on the future of the company could send the stock into another rally – especially if they speak on the strategic alternatives to unlock value.

Abbie Celniker, the former President and CEO has served in many positions across the biotech industry. Taligen Therapeutics was one of these companies, having become acquired by Alexion Pharmaceuticals. When you do research on Taligen, there are a lot of similarities between the company and Taligen. Taligen did not have any product that passed its stage three clinical trials – similar to Eleven. However, the company was sold and for an attractive premium for that matter.

I am not sure if EBIO will be acquired. I do know that management is focused on creating shareholder value and looking for strategic alternatives such as M&A. I also know that the big overhang from Hillary Clinton potentially winning the election is off-the-slate. With that being said, Eleven looks quite attractive as a speculative bet. The Hillary overhang is gone – allowing a potential acquirer even better reason to buy the company. Furthermore, the company has a value oriented management team. At the current price, it may pay to keep an eye on this one. For continuing coverage on shares of $EBIO stock, as well as our other hot stock picks, sign up for our free newsletter today and get our next hot stock pick!