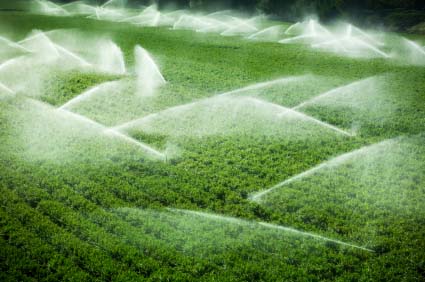 Two Rivers Water & Farming Co (OTCMKTS:TURV) has been ripping higher as traders digest the impact of recent changes in legislation around the country where marijuana laws are concerned. Unless you’ve been living in a hole in the ground, you surely know that an additional 7 states just further legalized marijuana in some capacity on Tuesday. TURV is in the land game for the marijuana space, and is seeing some big success on the charts right now.

Traders will note just under 110% added to share values of the name over the past month of action. Market participants may want to pay attention to this stock. TURV is a stock who’s past is littered with sudden rips. What’s more, the listing has seen an influx in interest of late, with the stock’s recent average trading volume running a bit over 270% over what the stock has registered over the longer term. This is particularly important with the stock trading on a float that is tight at just 21.11M shares. Traders should not overlook this combination, as ramping trading activity can overwhelm available supply in a stock with this type of small float, leading to an upward burst in prices.

Two Rivers Water & Farming Co (OTCMKTS:TURV) bills itself as a company that acquires and develops irrigated farmland, and associated water rights and infrastructure in the Arkansas River Basin in southeastern Colorado.

It operates through Farms, Greenhouse, and Water lines of businesses. As of December 31, 2015, it owned 7,350 gross acres. It produces and markets fruit and vegetable crops on its irrigated farmland; distributes wholesale water; and develops and leases greenhouses to cannabis growers, as well as provides related business services.

Two Rivers Water & Farming Company was founded in 2002 and is headquartered in Denver, Colorado.

Find out when $TURV stock reaches critical levels. Subscribe to OracleDispatch.com Right Now by entering your Email in the box below.

From the company’s press materials, they give the following description of operations and organizational ways and means: “Two Rivers assembles its water assets by acquiring irrigated farmland with senior water rights. Two Rivers current farm operations convert feed crop farmland into fruit and vegetable crop production in Pueblo County Colorado. In November 2012, Colorado legalized the personal use and cultivation of marijuana. As a result, Two Rivers is providing greenhouses and processing facilities for licensed marijuana growers in Colorado on land with water rights not used for fruit and vegetable crop production.”

We have been contending that the marijuana referendum voting would go well, and that there would be a “sell-the-news” reaction after the fact. That makes this stock particularly interesting, given that it actually rallied into the vote and has not only held those gains but in fact continued higher sharply in the aftermath. That’s important for two reasons: It helps us understand this stock, and it also helps us develop more of a thesis about how the market is processing certain concepts.

For example, this is a company with revenues and a growing top line (over three and a half million pulled in over the last 12 months, a number representing growth of more than fifty per cent on a year over year basis). It is also developing a market for a commodity (irrigable land) that is effectively “plug’n play” as a key resource to be tapped by a growing end market.

We know this post-vote period is going to be a time of separating the wheat from the chaff, as it were. And the early signs suggest that TURV is “wheat”.

Now commanding a market cap of $29.1M, TURV has a decent store ($163.00k) of cash on the books, along with total assets above $49M, which must be weighed relative to an appreciable load ($17.13M) of total accumulated debt. TURV is making real money, with trailing revs already coming in at $3.58M.

The company is also starting to see major topline growth, with quarterly y/y revs increasing at 55%. That sets them apart from many other companies in the space and may be a big part of why this one continues to see inflows after the vote. For continuing coverage on shares of $TURV stock, as well as our other hot stock picks, sign up for our free newsletter today and get our next hot stock pick!