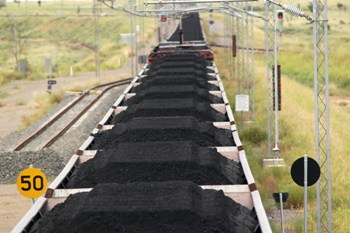 Walter Energy, Inc. (OTCMKTS:WLTGQ) is a Chapter 11 case in the coal space that has exploded higher on the surprise election of President-elect Trump in the US on Tuesday evening. The coal space has been crushed in recent years because of a combination of three important drivers: environmental concerns, low demand for metallurgical coal, and cheap natural gas.

That trifecta of bearish factors has driven many coal companies into non-existence. However, the sudden and surprising political shift toward a republican alignment across all major branches of US government has dramatic consequences for the coal space. Like it or not, the coming regime is going to remove environmental concerns from the equation completely. It is also very likely that an infrastructure and fiscal stimulus bill will be signed very early next year. That spells further demand for coking coal for the production of steel needed for building bridges, highways, hospitals, airports, and the like.

Walter Energy, Inc. (OTCMKTS:WLTGQ) trumpets itself as a company that produces and exports metallurgical coal for the steel industry.

As of December 31, 2014, it had approximately 392.7 million metric tons of recoverable reserves. Walter Energy, Inc. sells its metallurgical coal in Europe, Asia, and South America; and thermal coal primarily to large utilities and industrial customers located principally in Alabama, West Virginia, and the United Kingdom.

Find out when $WLTGQ stock reaches critical levels. Subscribe to OracleDispatch.com Right Now by entering your Email in the box below.

In the past five years, the evidence for a human-industrial-causality model for directly observable climate change trends has become largely incontrovertible. However, this period succeeded a prior stage in which opinions in the scientific community were divided. And politicians frequently capitalized on this division when it was most expedient.

But the consensus came into place several years ago based on new data, and most of the world has moved on with the knowledge that climate change is a real phenomenon and is directly caused by carbon emissions related to human activity on planet Earth. Coal companies suffered in step and with clearly existential magnitude in most cases. Many of them simply disappeared, and most investment analysts had been projecting the entire sector would join the ranks of the extinct, along with telegraph machine manufacturers, payphone services, and cassette tape makers.

However, with the surprise victory of Donald Trump on Tuesday, new life has been breathed into the coal space: Mr. Trump is a throwback who has clearly stated that he plans to shape US policy around the previous and recently defunct paradigm that assumes climate change is entirely unrelated to human behavior. That’s the key factor here. Coal is now, once again, a viable industry in the US.

In addition, the alignment of powers in Washington DC (President, House, Senate) has created the will and the capacity for a massive fiscal stimulus bill to be signed into law very soon. That has created a massive spike in interest rates, copper, iron ore, dry bulk shipping rates, and everything else related to infrastructure building. If the largest economy in the world is going to go into major infrastructure upgrade mode, the world is going to change dramatically.

And coal is a huge beneficiary of that change. WLTGQ is primarily a met coal producer, which means it has a direct link with demand for steel in the US. Check out charts for X, STLD, and AKS to see the correlation coming together here.

As such, we’ve witnessed over 200% tacked on to share pricing for the company in the past two days. Market participants may want to pay attention to this stock as the potential for a complete recovery here is very real. In addition, the listing has seen interest climb, with an increase in recent trading volume exceeding 470% above the average volume levels in play in this stock over the longer term.

Earning a current market cap value of $18.4M, WLTGQ has an interesting and winding road ahead as it navigates the unpredictable path of bankruptcy court proceedings. However, the prospects of a common shareholder recovery are suddenly back on the table. Hence, there are two interesting investments here: the first is in this stock. The second is in Greenland real estate. At this rate, it’s going to be mild and sunny there with warm summer days before you know it! For continuing coverage on shares of $WLTGQ stock, as well as our other hot stock picks, sign up for our free newsletter today and get our next hot stock pick!