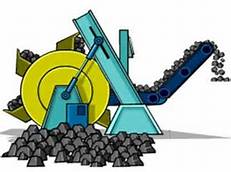 New Colombia Resources Inc (OTCMKTS:NEWC) has been on a roller-coaster ride over the past few months but closed the week in strong fashion. The key catalyst was the company’s announcement that they have discovered a huge new metallurgical coal seam at their property in Colombia. This is an interesting situation to be sure.

This has to be one of the more interesting stories out there. NEWC was a hot player in the boom that fed into the November 8 vote on marijuana. Now that we are past that catalyst, along comes a Donald Trump presidency and a the clear expectation of a major fiscal stimulus program. And suddenly, steel and met coal are all the rage. Traders will note 84% piled on for shareholders of the stock during the trailing month. This is emblematic of the stock. NEWC has a track record that includes a number of dramatic bounces. In addition, the name has seen interest climb, with an increase in recent trading volume of a bit less than 440% above the average volume levels in play in this stock over the longer term.

Find out when $NEWC reaches critical levels. Subscribe to OracleDispatch.com Right Now by entering your Email in the box below.

The Company has an approved Work Plan for coal mining, however, they’re awaiting approval of a rock mining permit to begin operation on both rocks and coal.  Metallurgical coal is the hottest commodity this year with surging prices over 400% since January.

These tie together along two lines: First, met coal is a necessary part of the production of steel. We will need lots of steel for an infrastructure-based fiscal stimulus package. Second, Mr. Trump has stated that he does not believe in “global warming” as a human-caused phenomenon. For the President-elect, we could use nothing but coal for everything we do, all across the world, 24/7 and it would not worsen our current climate-change trajectory.

Hence, markets are no longer pricing future coal expectations on the basis of government prohibitions.

Since Colombian coal accounts for close to 75% of coal imports to the U.S., and the company has been approached about possibly blending their coal to upgrade U.S. coal of lesser quality, this shift in the US policy bearing on coal is a huge factor for NEWC.

“New Colombia Resources’ Blue Gem coal is only found on the KY-TN border and central Colombia and is used to produce specialty metals such as Silicone to make solar panels, electric car batteries, and many more next generation products.  New Colombia Resources has concession contracts and applications totaling 5000 HA of high-quality metallurgical coal that will always be needed to produce steel and other specialty metallurgy products.”

According to a mining assessment posted on the company’s website, New Colombia Resources Inc has an estimated 17 Million tons of coal on the first mining title they are developing. It is estimated to be 70% metallurgical and 30% thermal, the value of the metallurgical coking coal at today’s market prices would be $ 3.6 Billion.

According to the recent press release, “Company subsidiary, Compañía Minera San Jose Ltda. has entered into a $ 200 Million LOI with a foreign company to develop their coal mines to build and supply a power plant at the company’s property.  This would provide a local market for their thermal as the metallurgical coal is exported to the World markets.”

At this time, carrying a capital value in the market of $4.2M, NEWC has an extremely small store of cash on the books, alongside total assets topping $530K, which must be weighed relative to an appreciable load ($315.80k) of total accumulated debt.

Savvy traders will understand that this isn’t a great balance sheet, but it’s hardly devastating. However, any amount of debt is unsustainable if revenues don’t start coming in. With the shift in US policies on coal, the only real question here is what type of actual asset values are part of the company’s new find. We will update the story when we start to get that answer. For continuing coverage on shares of $NEWC stock, as well as our other hot stock picks, sign up for our free newsletter today and get our next hot stock pick!