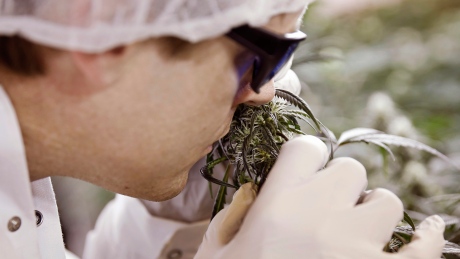 Is Now the Time to Invest in QEP Resources Inc. (NYSE:QEP)?

QEP Resources Inc. (QEP) shares are trading at lower $0.89 and the avg recommendation for the stock is Moderate Buy. To add more color...
Read more
Investing

Carver Bancorp Inc. (CARV) shares are trading at higher $7.29. To add more color to this target, the company’s high over the last year...
Read more
Investing

CNH Industrial N.V. (CNHI) shares are trading at lower $8.52 and the avg recommendation for the stock is Moderate Buy, while the current analyst...
Read more
Investing

Aptose Biosciences Inc. (NASDAQ:APTO) Stock is Soaring, Here is Why

Aptose Biosciences Inc. (APTO) shares are trading at higher $5.88 and the avg recommendation for the stock is Moderate Buy, while the current analyst...
Read more

ORGANIGRAM HLDGS I COM NPV (OTCMKTS:OGRMF) is a penny play that has grabbed hold of the attention of traders during the stock’s recent charge up the charts. Sentiment has been extremely strong for most of the marijuana sector, but we are seeing special resilience in the Canadian players in the space. Legislative changes have been the shaping force for the sector, but catalysts are suddenly running dry for many cannabis patch plays here in the US. However, north of the border may be a very different situation.

Prime Minister Trudeau of Canada has been on record effectively promising that marijuana would be legalized nationwide in Canada sometime in 2017. And that provides a new catalyst for related equities that is missing for their US brethren, helping to explain why we have not seen nearly as much a sell-the-news reaction in Canadian MJ stocks as we have for US players following the landmark voting on November 8.

Find out when OGRMF stock reaches critical levels. Subscribe to OracleDispatch.com Right Now by entering your Email in the box below.

One reason to look closely at this company is the already clear revenue story and the expansionist attitude. For example, the company just announced the closing of its previously announced acquisition of the industrial property adjacent to the Company’s existing facility in Moncton, N.B.

It adds a 136,000 square foot building situated on 10 acres of industrial land and facilitates the Company’s phased expansion initiatives related to cannabis production and extracts processing.

“We are fortunate to be able to consolidate the acquired property with our existing location and transition to the next phase of our expanded production platform immediately. We believe that we have positioned OrganiGram to undertake incremental production and processing capabilities in a timelier manner than most of its competitors. Having a blue-chip tenant occupy the space which we don’t currently require, allows us to execute this expansion more cost effectively and gives us the ability to utilize our newly acquired space in ways that create value for OrganiGram shareholders,” says Denis Arsenault, Chief Executive Officer of OrganiGram.

Another example is the company’s announcement of its completion of its previously disclosed Licensing transaction with TGS International LLC.

“We are pleased to have finalized this transaction and look forward to continuing our work with TGS. Their technological knowledge and cannabis expertise are key for OrganiGram as we continue to focus on maximizing our production yields, streamlining our extraction processes, and continuing to develop and innovate our portfolio of high-quality cannabis products,” says Denis Arsenault, Chief Executive Officer of OrganiGram.

The chart shows 28% piled on for shareholders of the listing during the trailing week. The situation may be worth watching. OGRMF has a track record that includes a number of dramatic bounces. What’s more, the listing has registered increased average transaction volume recently, with the past month seeing just under 240% above its longer-run average levels.

Now commanding a market cap of $204M, OGRMF has a significant war chest ($2.78M) of cash on the books, along with total assets approaching $15M, which must be weighed relative to an appreciable load ($5.65M) of total accumulated debt.

The bottom line is – the balance sheet drag is substantially combatted by a real top line story, as OGRMF is making real money, with trailing revs already coming in at $3.69M. The company is also starting to see major topline growth, with quarterly y/y revs increasing at 685%. We will update this exciting story again very soon. For continuing coverage on shares of $OGRMF stock, as well as our other hot stock picks, sign up for our free newsletter today and get our next hot stock pick!

Equinor ASA (EQNR) shares are trading at lower $14.10 and the avg recommendation for the stock is Strong Buy, while the current analyst price...
Read more
Opinion

Brandywine Realty Trust (BDN) shares are trading at lower $9.82 and the avg recommendation for the stock is Hold, while the current analyst price...
Read more
Investing

NewAge Inc. (NBEV) shares are trading at higher $2.55 and the avg recommendation for the stock is Moderate Buy. To add more color to...
Read more
Wall Street Daily

Alamos Gold Inc. (AGI) shares are trading at higher $8.53 and the avg recommendation for the stock is Moderate Buy, while the current analyst...
Read more
Sector News

Gogo Inc. (GOGO) shares are trading at lower $9.70 and the avg recommendation for the stock is Moderate Buy, while the current analyst price...
Read more
ORACLEDISPATCH