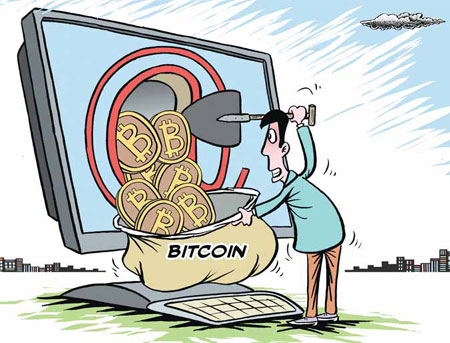 Digatrade Financial Corp (OTCMKTS:DIGAF) is a hot new Canadian trading platform for digital currencies. DIGAF is one of the hot new entrants in the world of trading digital assets and currencies. The company’s shares are currently trading at $0.85, giving the company a current market cap of $1M. Over the most recent 52-week period, shares of DIGAF have traded as low as $0.13 and as high as $12.50.

Digatrade Financial Corp (OTCMKTS:DIGAF) distributed a press release on June 12th with an update on the company’s strategy, and every since the market has been paying attention. On June 12, DIGAF announced that the new exchange (branded as DIGATRADE) would go live at the end of the month. At the time, the company emphasized three features that would give it a competitive advantage in the marketplace – an investment bank-grade trading platform, a global liquidity order book and experienced industry partnerships.

One of those industry partnerships is with Hong Kong’s ANXPro, which developed the trading platform. From June through October, the company announced a number of other developments in order to increase the scale and scope of the trading possible on the exchange. For example, on July 9, DIGAF enabled deposits via eCheck for Canadian customer. On October 26, the company announced that it had enabled U.S. dollar deposits via Visa and Mastercard.

Find out when $DIGAF stock reaches critical levels. Subscribe to OracleDispatch.com Right Now by entering your Email in the box below.

While digital assets and currencies – and especially Bitcoin – are a rapidly growing era, it’s also becoming a crowded area. In July 2016, Business Vancouver pointed out that Digatrade would become Vancouver’s third Bitcoin exchange. Overall, there are 60 Bitcoin exchanges in the world, with the most important ones in China, which controls 70 percent of the Bitcoin trading in the world.

As a result of this market competition, Digatrade Financial is only charging a transaction fee of 0.5% per Bitcoin transaction. The company plans to make it up on volume, which is why it was so important to enable U.S. dollar deposits. The company’s strategy involves migrating more U.S. traders to the Canadian platform. That would obviously be good for the exchange’s trading volume.

One other possible concern of traders, in addition to this need to drive new trading volume, is the company’s series of transformations as it constantly reinvents itself. As Business Vancouver also pointed out, Digatrade was formerly BitX Financial Corp., which was formerly Rainchief Energy (focusing on oil, gas and solar), which was formerly Black Diamond Brands (focusing on wine distribution). Thus, the same company that started out in wine distribution transformed itself into an energy company, and then again into a financial company enabling the trading of crypto-currencies.

For some investors, of course, all this volatility is a good thing, since it enables them to take a real position on the future direction of the company. Right now, Bitcoin is still a type of Wild West trading environment, so there’s obviously potential to grow the business.

Plus, according to a recent 6-K filed with the regulators, Digatrade Financial refers to itself as also being a “blockchain development services company,” so that might be another avenue for revenue generation going forward. And, in other documents, the company has described itself as a “peer-to-peer electronic payment processing network,” so that could be another way to complement the whole digital exchange concept.

Going forward, there’s a lot for investors to follow when it comes to DIGAF. For right now, there does appear to be growing excitement around digital assets and digital currencies. That could represent a unique trading opportunity. For more news on Digatrade Financial Corp. and other fast-moving penny stocks, please subscribe to OracleDispatch.com now.