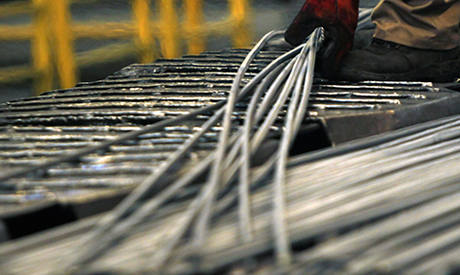 Gerdau SA (ADR) (NYSE:GGB) is a stock that’s been performing like a champ in recent action, moving in step with the rest of the steel space as the global reflation trade takes shape. The company just hit the market with largely disappointing earnings, but the stock market is worried more about the future than the past right now as we continue to see what amounts to a qualitative shift in industrial growth and inflation expectations over the coming 12-18 months.

The big catalyst here, despite the earnings announcement, is the surprise election of Donald Trump as the 45th President of the United States. The big point is the fact that he has been adamantly in favor of a major fiscal stimulus plan with a focus on infrastructure upgrading in the world’s largest economy. And he will likely have the cooperation of both houses of Congress on his side after inauguration early next year. The prospects this situation entails have lit a fire under the industrials and materials sectors around the world, boosting prices of copper, shipping, iron ore, steel, nickel, and related equities, as well as steepening bond yield curves as investors start to rethink inflation expectations.

Gerdau SA (ADR) (NYSE:GGB) promulgates itself as a company that produces and commercializes steel products worldwide.

The company sells its products through independent distributors, direct sales from the mills, and its retail network. The company was founded in 1901 and is based in Porto Alegre, Brazil.

You can find out when $GGB stock reaches critical levels. Subscribe to OracleDispatch.com Right Now by entering your Email in the box below.

GGB just reported Q3 numbers. The company continues to pull in big numbers, with trailing revs already coming in at $12.45B. But this amounts to a disappointing Q3 figure, with net sales falling over 27%.

Moreover, steel production declined over 7% in the quarter.

However, as noted above, the key is in the future, not the past. There are times when extrapolation simply doesn’t work; when you have to deal with a qualitative shift to a different type of environment. If the US is headed for as much as a $1 trillion fiscal stimulus – which has been discussed – then there is no way to extrapolate the results of a major western hemisphere steel producer in a strong export-oriented economy. The top line will see a massive boost next year for GGB unless the plans get derailed.

The chart shows 33% tacked on to share pricing for the company in the past month. This is emblematic of the stock. GGB has evidenced sudden upward volatility on many prior occasions. Furthermore, the company has witnessed a pop in interest, as transaction volume levels have recently pushed 88% beyond what we have been seeing over the larger time frame.

Currently trading at a market capitalization of $4 Billion, GGB has a significant war chest ($1.66B) of cash on the books, which stands against an appreciable load ($6.65B) of total accumulated debt. All in all, given the company’s proximal locus in one of the struggling emerging markets, GGB pushed through the commodities bear market of 2014-2016 in relatively good shape. If we do indeed see a major infrastructure upgrade cycle in the US, it will deliver an impact to the shareholders here, and we will be sure to update the story again soon as events dictate. For continuing coverage on shares of $GGB stock, as well as our other hot stock picks, sign up for our free newsletter today and get our next hot stock pick!