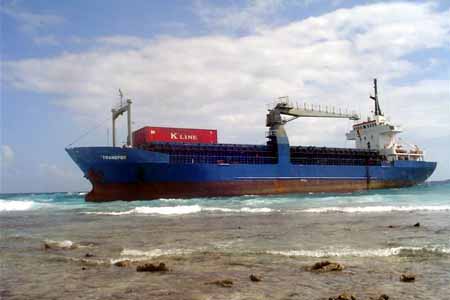 Ultrapetrol (Bahamas) Limited (OTCMKTS:ULTR) is a micro-cap name that has grabbed hold of the attention of traders during the stock’s recent bounce. We saw a major move higher in the stock on Tuesday of this week with no obvious catalyst other than the continued massive surge going on in the transportation and infrastructure segments of the marketplace. That said, ULTR has been an outperformer of late, both relative to the transports-related space and to the OTC, more generally.

In all, traders will note just shy of 230% during the past month in terms of shareholder gains in the company, but this action is running counter to the larger trend in the name. Market participants may want to continue to pay attention to this stock. ULTR is a stock with a past littered with sudden rips. In addition, the company has registered increased average transaction volume recently, with the past month seeing exceeding 130% above the average volume levels in play in this stock over the longer term. Traders should note this as important due to the tight float size in the stock (about 21M shares). This type of thing is something to watch out for: a jump in average daily transaction volume in a stock with a restricted float can unleash fireworks as supply is squeezed.

The River Business segment owns and operates dry and tanker barges, and push boats in the Hidrovia region of South America. Its dry barges transport agricultural and forestry products, iron ore, and other cargoes; and tanker barges carry petroleum products, vegetable oils, and other liquids. As of December 31, 2015, this segment had 681 barges with approximately 1.3 million dwt capacity; and 34 push boats.

The Ocean Business segment owns and operates oceangoing vessels, which transports petroleum products, as well as a container line service in the Argentine cabotage trade.

Find out when $ULTR stock reaches critical levels. Subscribe to OracleDispatch.com Right Now by entering your Email in the box below.

The most obvious catalyst for this company right now is the same one that has apparently grabbed a hold of the dry bulk shippers, airlines, rails, truckers, and everything else that has anything to do with the logistics of coordinating and moving materials around planet Earth following the surprise election of Donald Trump as President-elect of the United States.

Trump has the likely cooperation of both the Senate and House in the US and therefore the ability to push through legislation upon inauguration that will sign into law the first major infrastructure-based fiscal stimulus in at least 8 years, and probably the largest such move in the history of the planet, as a coordinated move.

The market has been told to expect a one-trillion-dollar package, which entails an enormous amount of activity, particularly for those companies in the transports space in the western hemisphere. ULTR is right in that mix at present.

Another clear recent catalyst came when the company announced that it expected its common stock to commence trading on the OTCQB Venture Market effective at the open of the market on October 28, 2016, under the ticker symbol “ULTR”. That day has come and gone, but surely underpins its gains on other positives now given the increased legitimization that the uplisting affords.

Now commanding a market cap of $32.4M, ULTR has a significant war chest ($45.60M) of cash on the books, which stands against an appreciable load ($446.01M) of total accumulated debt. There is a lot that is difficult to see here in terms of financial due diligence, given the base in the Bahamas. But the company is currently riding a storm of sector-based energy that may or may not revolutionize the financials for this stock. One thing is for sure at present: It’s an extremely interesting story and we will certainly update it again very soon as we get a more complete picture of the outfit’s prospects as well as the actual terms of the new stimulus program in the world’s biggest economy. For continuing coverage on shares of $ULTR stock, as well as our other hot stock picks, sign up for our free newsletter today and get our next hot stock pick!