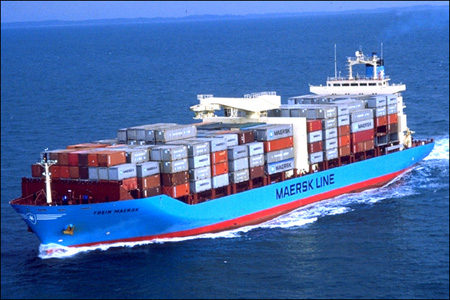 Box Ships Inc (OTCMKTS:TEUFF) is a penny stock that’s clearly begun to spur some interest among players in the marketplace as shares bounce up off recent lows.

The key driver has been a major trend change occurring in the shipping space led by the Baltic Dry Index, which has skyrocketed in the past two weeks by over 50%, making for its largest recovery move since the index’s dramatic decline began in 2008. That move, paired with similar upward indications in commodities such as copper and inflationary concerns rearing up in interest rate markets all paint a familiar picture of cyclical acceleration that has fed over into container shipping names such as TEUFF.

Box Ships Inc (OTCMKTS:TEUFF) investors have witnessed 54% added to share values of the stock over the past week of action, but that move comes in the context of a larger bearish trend. This is emblematic of the stock. TEUFF is a stock that has a past littered with sudden rips. In addition, the company has seen an influx in interest of late, with the stock’s recent average trading volume running just under 480% over the long run average. Traders should note this as important with a float in play that’s relatively small — roughly 29M shares. Traders should not overlook this combination, as with such a tight trading float, this kind of ramping interest can force a supply-shock squeeze.

The Company’s common shares and Series C Preferred Shares trade on OTC Markets under the symbols “TEUFF” and “TEUCF,” respectively.

The company was founded in 2010 and is based in Voula, Greece.

Find out when $TEUFF stock reaches critical levels. Subscribe to OracleDispatch.com Right Now by entering your Email in the box below.

Recent signs of life among shippers correspond with real changes in the economy. No one was expecting this. Inflation expectations 2 months ago were on the floor. The Atlanta Fed GDPnow estimate is suddenly popping higher on data coming in over the last 3 weeks. This is not just about the election of incoming President Donald Trump. The price of copper and other commodities, as well as other parallel indicators such as the 2-10 year spread on treasury bond yields and demand for inflation protection all are suddenly in tune with each other. But expectations spurred by the election, including fiscal stimulus, protectionism, and lowered taxation, are certainly fanning the flames.

In a recent impassioned letter to shareholders, the company’s CEO gave the following very revealing account:

“I have seen these times before. I have been in marine shipping, as a shipping company founder, executive and technical superintendent supervising vessels for other shipping companies, for more than 35 years.  These highs and lows are a part of life and we understand the classically cyclical nature of the business.  Times like these are not only financially difficult, they are humbling as well.

At Box Ships Inc, we are doing the prudent thing. We are managing through the downturn, preserving cash liquidity by reducing operating and administrative costs significantly and working closely with our lenders. In recent weeks we renegotiated our loans and deferred loan installment payments until Q1 2017, positioning ourselves to be able to move forward when times change — which they will.

It’s difficult to predict exactly when conditions will improve.  The analysts who follow shipping are quite often wrong. Experience tells us that change often comes when you least expect it. And when it comes, things can change quickly.  If necessary, we have approval from the Board of Directors to initiate a reverse stock split and move forward when market conditions change for the better.”

Now commanding a market cap of $620K, Box Ships Inc has a significant war chest ($5.91M) of cash on the books, along with total assets exceeding $3300M, which must be weighed relative to an appreciable load ($123.29M) of total accumulated debt.

Given the incredibly heavy balance sheet, it will take more than a short-term bump in demand to truly heal this story. However, with strong and experienced leadership and the potential for a boon through newly negotiated bilateral trade agreements, there is hope here. As such, we will look forward to keeping this stock on our radar going forward. For continuing coverage on shares of $TEUFF stock, as well as our other hot stock picks, sign up for our free newsletter today and get our next hot stock pick!