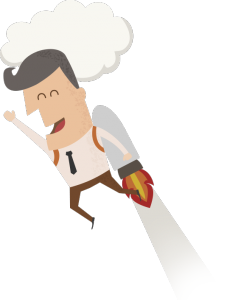 Axim Biotechnologies Inc (OTCMKTS:AXIM) is a stock that’s been running up the charts as traders digest the impact of the company’s recent announcement that the U.S. Patent and Trademark Office issued a Notice of Allowance for the company’s patent covering the use of all cannabinoids in cannabinoid-containing controlled-release chewing gum products.

The patent represents an extension of its existing patent covering medicinal, functional chewing gum as a delivery mechanism for cannabidiol (CBD). That’s clearly huge news, and the stock has exploded higher in response, booming by as much as 120% in just a few days. AXIM continues to be one of the best performers in the cannabis patch in what has been one of that group’s best years on record.

Find out when AXIM stock reaches critical levels. Subscribe to OracleDispatch.com Right Now by entering your Email in the box below.

As noted above, the big recent catalyst is the patent news. AXIM is a major investment holding of Medical Marijuana, Inc., which is another company we have covered exhaustively of late.

“This patent will enable AXIM to include any of the at least 85 different cannabinoid compounds found in the cannabis plant, including CBD and THC, into its multiple cannabinoid controlled-release chewing gum products,” added Dr. Titus. “As investors in AXIM, we are enthusiastic about how the Company continues to move forward as a leader in cannabinoid research and development.”

The chart shows nearly 1900% piled on for shareholders of the company during just the trailing month. Moreover, the name has registered increased average transaction volume recently, with the past month seeing almost 540% over what the stock has registered over the longer term in total shares changing hands.

It pays to take note of this fact with a float in play that’s tight — less than 26M shares. Traders should not overlook this combination, as a restricted trading float and a jump in trading volume can crimp supply and push share prices higher.

According to the company’s recent press, “Chewing gum represents an innovative delivery mechanism with proven benefits. For example, nicotine gum has been used for years as a preferred release mechanism that enables users to carefully control dosing over time. Smokers may only experience cravings at certain times and they can satisfy those cravings with chewing gum rather than receiving a steady dose of nicotine over time that may or may not be needed with patches.”

This mechanism sets AXIM apart from its competition at present, and helps to explain why the stock has been such an extreme outperformer.

At this time, carrying a capital value in the market of $367.4M, AXIM has an extremely small store of cash on the books, along with total assets topping $480K, which must be weighed relative to an appreciable load ($2.97M) of total accumulated debt.

While shares are probably overextended at present, the float is small and the potential for increasing market exposure is unpredictable. In other words, trying to pick tops in high-momentum, small-float stories is treacherous. This could easily keep shocking the skeptics. We will check back on it soon with another update. For continuing coverage on shares of $AXIM stock, as well as our other hot stock picks, sign up for our free newsletter today and get our next hot stock pick!