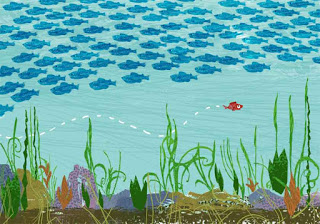 KaloBios Pharmaceuticals Inc (OTCMKTS:KBIO) is a penny play that recently popped higher in response to news that the company was not imminently headed back into bankruptcy as of its latest 10-Q. However, given a lack of any coherent business or product strategy at this point, it’s difficult for most to understand why the company continues to exist at all. But that is still a very interesting story.

This is of course the controversial company that now exists as something like the cast-off hulk of Martin Shkreli’s career as a “sudden opportunist” in the biotech space. Shkreli (generally known as “the most hated man in America”) developed a reputation for exploiting price hikes in drugs that had no competition and a small end market. Hence, when he took over KBIO, and they had only one real product (a small drug aimed at a very rare and horrifying disease affecting mostly Hispanics in relatively poor regions of Central and South America), the world realized his goal. The stock, which was heading into bankruptcy, skyrocketed on the assumption that Shkreli would immediately raise the price of the drug by 5000% or more. Those betting on the inevitable finish at $0/share where squeezed out of millions. In days, the stock moved from pennies to nearly $50/share. Days later, Shkreli was charged with criminal securities fraud for an entirely different situation. The company has flopped around with no coherent strategy and no real market approach ever since.

KaloBios Pharmaceuticals Inc (OTCMKTS:KBIO) bills itself as a biopharmaceutical company that claims to be en route to someday potentially developing monoclonal antibody therapeutics for the treatment of cancer in the United States.

However, at present, its only real product candidate is benznidazole for the treatment of Chagas disease, a parasitic illness that can lead to long-term heart, intestinal, and neurological problems.

The company also claims to be developing proprietary monoclonal antibodies, including lenzilumab, which is in Phase I clinical trial in patients with chronic myelomonocytic leukemia; and ifabotuzumab that has completed Phase I/II clinical trial in multiple hematologic malignancies, as well as evaluating further studies of ifabotuzumab in rare solid tumors, such as glioblastoma, other brain cancers in children, and rare hematologic cancer indications.

KaloBios Pharmaceuticals, Inc. was founded in 2000 and is based in Brisbane, California.

Find out when $KBIO stock reaches critical levels. Subscribe to OracleDispatch.com Right Now by entering your Email in the box below.

While it can point to other drugs nominally in development, our sense is that the principle leadership of the company is still the leftover remnants of a hedge fund bet to squeeze out shorts in a dead company.

There is ample evidence that the company is still alive today principally because Martin Shkreli called up the former leader of failed fund Anthion Capital, David Moradi, and the two plowed a pile of cash into the Chapter 11 KBIOQ. They then hit the wires with the press release that Shkreli was moving in and would jack the price of the Chagas disease drug up by heart-breaking numbers, possibly stranding thousands of patients with no ability to continue to gain access to the necessary drug.

However, while the bet paid off and the shorts were destroyed in the squeeze, Shkreli was quickly headed to house arrest to await trial for defrauding investors in his previous company, where he took in new investor funds and used it pay personal debts of hundreds of millions of dollars from a still-prior defrauding of previous investors at his first company. It’s a sordid tale, and Shkreli will likely pay a price.

While Shkreli may be headed for a prison cell, for new investors, he has left the company in a state of disarray. But it’s important to remember that this was a completely broken play before any of this soap opera got started. Now, after the last year of turmoil, nothing has really changed, other than the likely dethroning of the company’s main avenue of sales by Bayer’s move into the Chagas market.

Recent action has seen 34% tacked on to share pricing for the listing in the past week, a bounce that has taken root amid largely bearish action over the larger time frame. What’s more, the company has witnessed a pop in interest, as transaction volume levels have recently pushed nearly 350% over the long run average. This should not be overlooked given the stock’s extremely small trading float of under 6.4M shares. As savvy traders are well aware, a jump in average daily transaction volume in a stock with a restricted float can unleash fireworks as supply is squeezed.

Now commanding a market cap of $61.1M, KBIO has a significant war chest ($11.94M) of cash on the books, along with total assets above $4.9M, which must be weighed relative to an appreciable load ($1.22M) of total accumulated debt.

All-in-all, following the company’s emergence from bankruptcy, the balance sheet naturally is in good shape. The problem is how it will likely look in a year given that operations today aren’t going to be much different than they were two years ago, which is what landed the company in bankruptcy in the first place. They simply don’t have any serious contenders in the pipeline. That said, it will likely be a fun ride while it lasts. If something changes, we will update the story. For continuing coverage on shares of $KBIO stock, as well as our other hot stock picks, sign up for our free newsletter today and get our next hot stock pick!