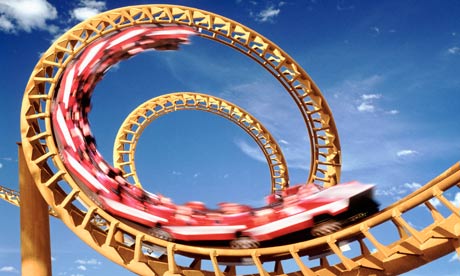 Medical Marijuana Inc (OTCMKTS:MJNA) is a penny stock that’s been on quite a ride of late. It found support in the $0.04/share area in August before going on an adventure higher to test the waters about 500% higher in the $0.25/share area. And then it headed back down to around $0.06/share, before more than doubling again in the next couple days.

This is one of the most widely followed stocks in the marijuana space, and it gets a lot of press coverage any time there’s something big going on in the sector. And, over the last couple months, that ‘something big’ has clearly been all about what happened on November 8: “This sweeping passage of cannabis reform is a major win for the cannabis industry,” said Chief Executive Officer of Medical Marijuana, Inc. Dr. Stuart Titus. “The voters have spoken and they’ve made it clear that they are ready for cannabis reform.”

Medical Marijuana Inc (OTCMKTS:MJNA) trumpets itself as an investment holding company that operates in the medical marijuana and industrial hemp markets. Its products range from patented and proprietary based cannabinoid products to seed and stalk or isolated high-value extracts manufactured and formulated for the pharmaceutical, nutraceutical, and cosmeceutical industries.

The company licenses its proprietary testing, genetics, labeling and packaging, tracking, production, and standardization methods for the medicinal cannabinoid industry. It engages in the research and development of cannabinoid-based pharmaceuticals; and marketing and distribution of cannabidiol hemp oil-based products.

In addition, MJNA provides management support and services to cooperatives, collectives, health and wellness facilities, and medical clinics; and consulting and securities services to businesses and individuals in the legal cannabis industry. Further, it focuses on the treatment of pain and other medical disorders with the application of chewing gum-based cannabis/cannabinoid medical products.

Find out when $MJNA stock reaches critical levels. Subscribe to OracleDispatch.com Right Now by entering your Email in the box below.

The company has been a vocal promoter of the legal shifts underway. The company went so far as to put out a special press release highlighting the general details: “In a historic night on U.S. election day Nov. 8, voters in California, Nevada, Maine, and Massachusetts passed recreational use of marijuana in their respective states, while Florida, North Dakota, Montana, and Arkansas approved medical marijuana initiatives. The combined estimated legal marijuana markets for these states is a billion-dollar market this year, with the total market surpassing well over $40 billion by 2020.”

We have been central bulls on these trends as well. It’s an easy story to like.

In addition to the macro level catalysts, MJNA also has a large investment interest in AXIM Biotechnologies, Inc. That company has begun to look like a real success. However, we would note that there has been a very interesting divergence appearing of late. According to the data we could find, MJNA owns more than 35% of AXIM. And AXIM has increased in value by over 7-fold in the past month. The two companies have similar overall market caps.

The fact that MJNA is not rallying more as its portfolio holding rising by multiples is a little disconcerting. It seems almost as if the market is not willing to admit to the increase in asset valuation. We also have some misgivings with this one in that they filed late for both of the last two quarters and have been seizing on a spread of very unimportant catalysts to promote their value via public relations. It’s not a particularly encouraging mode of behavior.

That said, we’ve witnessed 31% added to share values of the company over the past month of action. The situation may be worth watching. MJNA is a penny stock with a history of dramatic rallies. In addition, the listing has witnessed a pop in interest, as transaction volume levels have recently pushed above 410% beyond what we have been seeing over the larger time frame.

Currently trading at a market capitalization of $321.4M, MJNA has a decent store ($266.17k) of cash on the books, with total assets exceeding $210M, which compares with an appreciable load ($13.67M) of total accumulated debt. Overall, while this is clearly a company in the right market space at the right time, we have to also note that the liquid balance sheet is in bad shape. But that hardly means we are recommending a bet against the penny stock. In fact, it may well be that the market is simply not willing to incorporate the AXIM investment in like terms at present given the overall level of volatility. We will follow up again soon as events dictate. For continuing coverage on shares of $MJNA stock and other hot penny stock picks, sign up for our free newsletter now and get our next hot stock pick!