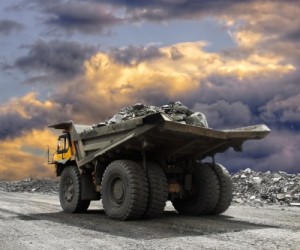 Mechel PAO (ADR) (NYSE:MTL) has been absolutely launching higher over the past three months, advancing from well under $2/share to a high approaching $7/share just this Fall. For macro market money managers and analysts, the move is a true read on the tea leaves of the global marketplace. While some may see its recent pop as part of an affirmation of the foreign and economic policies likely to follow Donald Trump into office, there may be more to it.

In the first case, it is true that a Trump administration is likely to present far greater legitimacy to the Russian economy on the world stage. It may lead to a lifting of sanctions against Russia by many players in the West, as well as increased access to trade at an advantageous arrangement of terms. It will also likely benefit from a swing towards fiscal-based policy stimulus, including infrastructure deals, which draw on supplies of steel around the world, thus increasing margins for all players. However, the monstrous rally that got started in August was clearly not an anticipation of a Trump administration. So it may tell us more about the global economy, particularly as this stock was hardly alone in making that move, but was joined by the SLX ETF, as well as copper futures, and many other key data points.

Mechel PAO (ADR) (NYSE:MTL) bills itself as a company that engages in mining and steel businesses in Asia, the Russian Federation, the Commonwealth of Independent States, Europe, the Middle East, the United States, and internationally.

The company operates through three segments: Mining, Steel, and Power. The Mining segment produces and sells metallurgical and steam coal, coke, iron ore, and limestone, as well as coal tar, naphthalene, and other compounds.

The Firm has freight seaports in Russia on the Sea of Japan (Port Posiet) and on the Sea of Azov (Port Temryuk), and a freight river port on the Kama River, a tributary of the Volga River in central Russia (Port Kambarka). MTL also has a fleet of freight railcars, locomotives and long-haul trucks, and operates a rail line to its Elga coal deposit in the Sakha Republic.

The company, formerly known as Mechel Steel Group OAO, was founded in 2003 and is based in Moscow, the Russian Federation.

Find out when $MTL stock reaches critical levels. Subscribe to OracleDispatch.com Right Now by entering your Email in the box below.

Importantly, the rise of this stock in its massive move since late August has seemed to many analysts to be a mystery. But that’s just how markets work. There was no growth and tons of debt. It looked for all the world that traders would be dealing with a bankruptcy proceeding before long. And one in Russia.

But then it all turned around.

We invite you to look at a chart of long-term interest rates alongside this story. Rates bottomed following the infamous Brexit vote in the UK. And we have seen a gradual rip back the other way. While people often think of rising interest rates as a bad thing, they are ultimately driven by market bets. When long end rates rise in places like the US, it means people are unwilling to bet on deflation or a slowing economy any further.

In addition, we have seen bank lending tick higher in each of the last two quarters in some of the fastest credit growth since this bull market began. With both Hillary Clinton and Donald Trump campaigning on a ticket of fiscal stimulus and infrastructure spending, and similar promises being actively made in the EU and Japan, the combination of factors has turned the tide from an expectation of bankruptcy to an expectation of growth for highly debt-laden companies in the basic materials space.

In all, we’ve witnessed 52% tacked on to share pricing for the stock in the past month. Market participants may want to pay attention to this stock. MTL has a history of dramatic rallies. Moreover, the company has seen an influx in interest of late, with the stock’s recent average trading volume running a bit less than 260% above the average volume levels in play in this stock over the longer term.

At this time, carrying a capital value in the market of $1205.1M, MTL has a significant war chest ($91.53M) of cash on the books, which compares with an appreciable load ($15.07B) of total accumulated debt. As noted, this is a devastatingly bad balance sheet, but it’s also an open invitation for shorts during the darkest days of this economic cycle, when 1 of every 2 economic pundits was predicting a coming recession in the wake of the UK’s Brexit vote. Now we are seeing the brighter side of that coin, and the squeezing out of that short interest. It’s nothing more than the natural cycle of the marketplace. We will look forward to updating this story again soon as new details emerge. For continuing coverage on shares of $MTL stock, as well as our other hot stock picks, sign up for our free newsletter today and get our next hot stock pick!