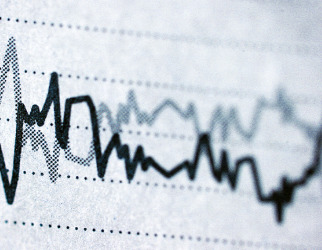 Ultra Petroleum Corp. (OTCMKTS:UPLMQ) has been one of the stronger stocks trading on the OTC so far this year. This is one of the Chapter 11 cases in the energy patch trying to rebuild after taking on way too much debt before the crushing oil bear market that got started in mid-2014. However, today, shareholders finally got the news they have been waiting for since May.

The company filed an 8k out this morning that contained the golden words: “Each holder of UPL common stock will receive (a) such holder’s pro rata share of 41% of the equity in UPL after the reorganization is consummated and (b) such holder’s pro rata share of rights to participate in the Rights Offering for 5.4% of the equity in UPL, all subject to dilution by the Management Incentive Plan (as defined below).” That is the unlikely outcome in a Chapter 11 case: common stock is going to emerge with the company when UPLMQ reverts to UPL on the big board.

As noted above, on April 29, 2016, Ultra Petroleum Corp, along with its affiliates, filed a voluntary petition for reorganization under Chapter 11 in the US Bankruptcy Court for the Southern District of Texas.

Find out when $UPLMQ stock reaches critical levels. Subscribe to OracleDispatch.com Right Now by entering your Email in the box below.

The news of the 8K has launched the stock about 33% higher in one-day gains, making for a total of 4,930% in gains since early May. That gaudy number springs from a major disconnect in the market as to how to value the assets the company has in the ground.

With unsecured debt and a reassessment of valuation for reserves, Tuesday’s announcement was a fait accompli.

The announcement comes amid excitement in the oil market related to next week’s OPEC meeting and announcement. Our sense is that OPEC is likely to come to an agreement, but the fine print of that agreement may end up being somewhat watered down, particularly where it comes to Iran, Iraq, and any possible inclusion of Russia as a party in contractual terms. The upshot, if true, would be that the oil market will have to largely fend for itself.

That said, commodities outside of oil are outperforming the black gold right now largely on possible increasing growth trends across much of the world as well as the specter of a Trump administration that plans to engage in fiscal stimulus, tax cuts, and renegotiated trade pacts to jumpstart faster growth in the world’s largest economy, as well as a major infrastructure upgrade process.

Mr. Michael Watford, Chairman, President and Chief Executive Officer of the Company, said, “These agreements reflect our commitment to maximizing the value of our estates for the benefit of all our stakeholders. Even before we began our in-court reorganization, we have been steadfastly dedicated to preserving significant value for our shareholders, and entering into these agreements represents the next step in pursuit of that objective.” He continued, “We are very appreciative of the cooperation we received from our stakeholders and their recognition of the substantial value represented by our assets and hard-working employees and contractors.”

At this time, carrying a capital value in the market of $1102.9M, UPLMQ is perhaps starting to come down the home stretch of what has been a grueling and contentious Chapter 11 process. But in the end, from the standpoint of investors in the company’s equity, the process that has unfolded since entering Chapter 11 protection really could not have gone better. For continuing coverage on shares of $UPLMQ stock, as well as our other hot stock picks, sign up for our free newsletter today and get our next hot stock pick!