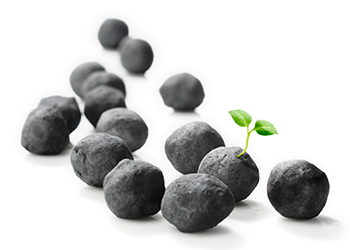 Cliffs Natural Resources Inc (NYSE:CLF) is an overlooked mining and natural resources stock that has headed higher in recent weeks. As investors look for potential plays in the mining and natural resources sector, one company that keeps showing up on stock screens is Cliffs Natural Resources Inc (NYSE:CLF), a supplier of iron ore pellets to the North American steel industry.

The company, formerly known as Cleveland-Cliffs, operates five iron ore mines in Michigan and Minnesota, in addition to a huge iron ore complex in Western Australia.

Find out when $CLF stock reaches critical levels. Subscribe to OracleDispatch.com Right Now by entering your Email in the box below.

The financial situation, though, is not as bad as it looks. For one, the weakness in the quarter was due to the loss of a major customer contract. CLF management has indicated that it has signed a new contract to compensate for this lost one. Moreover, the company is expecting a strong 4Q. Right now, expectations are for a profit of $0.23 per share on revenue of $656.6 million. The company’s management has said that the expectation is for “substantial cash flow generation” in 4Q 2016.

In addition, the company has two other major factors in its favor. One is an improving balance sheet. In 3Q 2016, for example, the company reduced its debt load by another $500 million, and plans are on tap to further reduce the company’s debt load. The company already has a low cost base and, in fact, is the low-cost producer of iron ore pellets in the U.S.

The other major factor that could help Cliffs Natural Resources is the end of cheap Chinese steel. If Chinese steel imports decline, that would boost demand for U.S. steel and one of the obvious beneficiaries would be Cliffs Natural Resources, which serves the U.S. steel industry. Iron ore pellets mined in the Great Lakes area (Minnesota and Michigan) are then shipped to integrated steel companies in both the U.S. and Canada.

In fact, overall, the consensus price target for CLF is $6.57. Compare that to the current price of $8.72, and something has to give. Either Wall Street analysts are way too bearish on the stock – or they aren’t so convinced by attempts by Cliffs Natural Resources to create a positive spin around the big earnings miss. The current 50-day moving average for the stock $6.23 and the 200-day moving average is $5.81.

Certainly, all eyes will be on the 4Q 2016 earnings announcement, scheduled for January 2017. That could a great chance for Cliffs Natural Resources to prove the skeptics wrong. If they do, the stock may well pass current highs – judging by the stock’s 52-week high of $8.72. Don’t sleep on CLF, the stock is up nearly 450% YTD. For more news on Cliffs Natural Resources and other fast-moving penny stocks, please subscribe to OracleDispatch.com now.