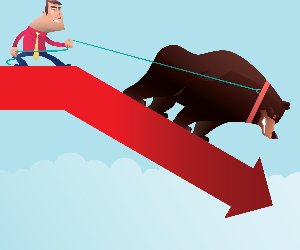 Health Advance Inc (OTCMKTS:HADV) is a wild play right now on the OTC, and surely one of the real mysteries that traders are trying to understand. There are two ways to look at this story. First, one might say, “what happened to this strong stock? It just crashed on now news!” Second, one might say, “What caused this company with no assets or business to be trading at $4/share in the first place?” We will explore these ideas below as well as the likely catalyst for the stock’s crash, in which it lost 95% over just two days.

We’ve witnessed 55% tacked on to share pricing for the stock in the past week. However, that all follows the dramatic crash noted above. What’s more, the listing has benefitted from a jump in recent trading volume to the tune of nearly 480% beyond its prior sustained average level. This is particularly important with a float in play that’s extremely small — of 10.5M shares. As savvy traders are well aware, a jump in average daily transaction volume in a stock with a restricted float can unleash fireworks as supply is squeezed.

Health Advance Inc (OTCMKTS:HADV) is in the process of ingesting Hantian Labs in a process where the surviving principal business operations will be Hantian’s.

Hantian is an emerging global leader in anti-aging and vitality nutraceutical products. Developed by a team of research scientists, athletes and beauty professionals, the Hantian line of tablets uses state-of-the-art age reversal technology to diminish the signs of aging, whilst enhancing, enriching and extending the lives of their consumers.

Products, including GHBurn, Alpha Elite and Revitamar, are made at Hantian’s GMP ISO 9001 and Informed Sports certified facility in the United Kingdom with the strictest quality standards. Hantian products are Medicines & Healthcare Products Regulatory Agency (MHRA) approved. Hantian also has licenses issued by the Minister of Health for Canada, issued under the authority of section 7 of the Natural Health Products Regulations, for its products GHBurn and Alpha Elite.

Find out when $HADV stock reaches critical levels. Subscribe to OracleDispatch.com Right Now by entering your Email in the box below.

As far as disentangling the odd dichotomy noted above, we can understand this from both perspectives, and would like to momentarily refocus the reader’s mind back on the float: just 10.5M shares. That’s a very small float, and it’s easy for a stock like that to make some very dramatic moves on the basis of the decisions of a relatively small group of people.

As far as the fundamental story of this stock, it hinges on one thing: On October 13, 2016, Health Advance Inc. entered into a share exchange with Hantian Labs Limited., a corporation existing under the laws of the United Kingdom to acquire all of the issued and outstanding shares of Hantian Labs.

By this agreement, HADV acquired 100% interest in Hantian Labs and its controlling subsidiaries.

HADV is to issue to Hantian Labs 1.5 common shares of the Company for each share of Hantian Labs issued and outstanding at the time of closing. As a closing condition to the Share Exchange Agreement, Hantian Labs is required to complete a financing of a minimum of $250,000 US for the marketing of Hantian Labs’ product line.

That acquisition is expected to close in just a couple weeks. However, HADV just announced it would be late with filing its 10-K. It did so in an 8K wherein it stated that “The Registrant anticipates that it will file the Annual Report no later than the fifteenth calendar day following the prescribed filing date.”

According to our math, that means the annual report to shareholders should have been filed on November 15. It wasn’t. A day or two after that, the stock crashed.

One might suppose that an inability to file is the issue here, and that perhaps there are irregularities that are preventing the closure of the acquisition of Hantian. We do not know one way or the other and this is pure speculation. Of course, the company has left the market in a state where pure speculation is all we have to go on. That said, one must understand the picture here: there was a market cap of nearly $100 million at the highs. And yet, the company has no cash, no assets, no nothing. Without that acquisition, there isn’t much of a balance.

At this time, carrying a capital value in the market of $31.9M, HADV has minimal cash on the books, which is balanced by de minimus total accumulated debt. According to a recent press communication from the company, we are assured that the acquisition will close and the 10-K will hit the wires. Hence, the market will likely remain in a state of curiosity until those ideas are confirmed. We will update our take events dictate. For continuing coverage on shares of $HADV stock, as well as our other hot stock picks, sign up for our free newsletter below and get our next hot stock pick!