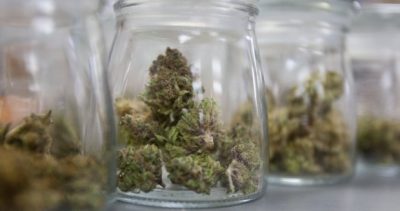 General Cannabis Corp (OTCMKTS:CANN) has been consolidating the massive advance we saw as an anticipatory run into the landmark vote on November 8, as 8 of 9 states with ballot proposals saw passage by voters of greater legal status for marijuana. The fallout has been largely a “sell-the-news” response, as we anticipated and discussed frequently in our reports on stocks in this group.

Money flowed in as the catalyst was clear and easy to anticipate, beginning during the late Summer. As many of the stocks in the cannabis patch have small floats and low per-share prices, any degree of “hope” was likely to foster an outsized “buy-the-rumor” style run. However, following the vote, we are navigating a weed-out process, whereby the market is sifting through the space and picking out those plays that have some real meat on the bone going forward. As far as we’re concerned, CANN has held up well under that scrutiny, maintaining over 300% in gains since the outset of September.

Find out when $CANN stock reaches critical levels. Subscribe to OracleDispatch.com Right Now by entering your Email in the box below.

The only real company-specific catalyst to hit for CANN stock since our last update is a bit of beefing up on the Board, as announced to the press a week ago and confirmed in an 8K today:

“On November 21, 2016, the board of directors of General Cannabis Corporation (the “Company”) appointed Mr. Duncan Levin to the board of directors, with such appointment effective as of such date. In connection with his appointment, Mr. Levin was granted an option to purchase 100,000 shares of the Company’s common stock on November 22, 2016, which vests in full on the one-year anniversary of the date of grant. The exercise price of the stock option is $3.07 per share, which was the closing price of the Company’s common stock on the date of grant.”

Mr. Levin is the managing partner of Tucker Levin, PLLC, and a former federal prosecutor.

According to the company’s release, “Levin is a highly respected expert in the legal aspects of anti-money laundering, internal investigations, and anti-fraud.  After a lengthy career at the senior-most levels of state and federal law enforcement, Mr. Levin now regularly consults with a variety of businesses facing complex challenges, including regulatory, investigatory, and anti-fraud issues. Prior to founding Tucker Levin, he served as a federal prosecutor with the U.S. Department of Justice specializing in money laundering and asset forfeiture and on the senior staff of the Manhattan District Attorney’s Office, where he was Chief of Asset Forfeiture and supervised money laundering cases.”

As far as performance, the situation may be worth watching. CANN is a stock whose past is littered with sudden rips. In addition, the company has registered increased average transaction volume recently, with the past month seeing exceeding 110% beyond its prior sustained average level It pays to take note of this fact given the stock’s tiny trading float of under 9.2M shares. Traders should not overlook this combination, as ramping trading activity can overwhelm available supply in a stock with this type of small float, leading to an upward burst in prices.

Earning a current market cap value of $53.5M, CANN has a decent store ($1.06M) of cash on the books, which compares with an appreciable load ($1.88M) of total accumulated debt. This is not a particularly troubling balance sheet situation. CANN is also making real money, with trailing revs already coming in at $2.89M. In addition, the company is starting to see major topline growth, with quarterly y/y revs increasing at 37%. We will continue to keep a close eye on this exciting story. For continuing coverage on shares of $CANN stock, as well as our other hot stock picks, sign up for our free newsletter below and get our next hot stock pick!