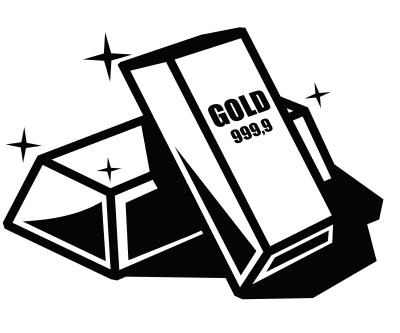 Exela Technologies Inc. (XELA) shares are trading at lower $0.41 and the avg recommendation for the stock is Moderate Buy. To add more color...
Read more
Investing

Ulta Beauty Inc. (ULTA) shares are trading at lower $220.97 and the avg recommendation for the stock is Moderate Buy, while the current analyst...
Read more
Investing

Quanta Services Inc. (PWR) shares are trading at lower $61.14 and the avg recommendation for the stock is Strong Buy, while the current analyst...
Read more
Sector News

Kellogg Company (K) shares are trading at lower $65.70 and the avg recommendation for the stock is Moderate Buy, while the current analyst price...
Read more

MIDAS GOLD CORP COM NPV (OTCMKTS:MDRPF) is a penny stock in the junior precious metals mining space that, by our eye, has been quite a remarkable outperformer, given the sector’s woes of late. While gold has slid over 14% from its recent peak, and the junior gold miners index has suffered nearly a 40% decline, MDRPF has also given back a fair chunk. But looked at another way, this stock has been a clearly special play.

In terms of retracements, MDRPF has only given back a Fibonacci 38% of its 2016 rally. At the same time, spot Gold prices have given back 63% of the same rally, and GDXJ has given up 52%. It’s very clear comparative outperformance. In essence, the gold related space has seen a ton of strength in the wake of the Fed’s first rate hike since 2006 (which came in mid-December of 2015). But most of the space has been walloped back down as growth has picked up, with the election of Donald Trump carrying very gold-negative themes as well (as we will discuss below).

MIDAS GOLD CORP COM NPV (OTCMKTS:MDRPF) frames itself as a company that engages in the acquisition, exploration, and development of mineral properties in the United States. It primarily explores for gold, antimony, and silver deposits.

Midas Gold Corp. was incorporated in 2011 and is headquartered in Vancouver, Canada.

Find out when $MDRPF stock reaches critical levels. Subscribe to OracleDispatch.com Right Now by entering your Email in the box below.

As noted above, one of the key issues to hit the gold space in recent weeks is the election of Donald Trump as apparent incoming President of the United States of America. Whether you love him or hate him, the clear impact of a protectionist agenda combined with short-term “sugar-high” type measures for quick economic strength (tax cuts, fiscal stimulus, etc) paired with coming uncertainty about the EU’s ability to weather a series of its own potential populist pitfalls will make US Dollar foreign exchange strength almost impossible to avoid.

That is usually a recipe for disaster for gold. Hence, larger portfolio managers such as Stanley Druckenmiller and Jeffrey Gundlach have come out in recent weeks noting that they have liquidated their entire gold and silver holdings as they shift to more optimistic growth-oriented allocations.

However, we would note that precious metals also tend to perform well during periods of inflationary growth. Recent days have also seen a sharp steepening of the treasury yield curve reflecting an increased expectation of inflation. In addition, fiscal measures deepen deficit and debt issues.

As far as company-specific recent catalysts, just last week Midas announced the first assay results from its ongoing resource enhancement drill program on the Stibnite Gold Project, Idaho. “As reported on August 23, 2016, Midas Gold initiated this drill program with a goal of improving, expanding and de-risking the mineral resources defined in the December 2014 preliminary feasibility study (“PFS”) before commencing a feasibility study (“FS”).”

“The 2014 preliminary feasibility study identified several areas where further drilling could potentially enhance the economic returns for the Stibnite Gold Project through resource conversion and/or extending higher grade areas,” said Stephen Quin, President & CEO of Midas Gold Corp. “Our first two drill holes, completed in a sparsely drilled portion of the Homestake area of the Yellow Pine deposit, achieved both objectives — resource conversion and higher grade.” These two holes targeted an area of inferred mineralization, and returned similar widths as reported in the PFS block model, but returned gold grades 2-3 times higher than predicted. “These inferred mineral resources are located within the PFS mineral reserve pit and were treated as waste rock in the PFS financial model. Conversion of these inferred mineral resources into indicated mineral resources and, subsequently, mineral reserves, would reduce strip ratios, increase payable gold and Project NPV,” said Mr. Quin. “Additional drill results from the central and southern portions of the Yellow Pine deposit are pending.”

Earning a current market cap value of $125.6M, MDRPF has a significant war chest ($40.03M) of cash on the books, with total assets a bit over $110M, which stands leans an appreciable load ($19.28M) of total accumulated debt. While we aren’t overly excited about the gold space until we see how much President Trump lines up with Candidate Trump, we are marking MDRPF down as a key play should the gold space come back into favor. As such, we will follow up on this one with alacrity as the story unfolds. For continuing coverage on shares of $MDRPF stock, as well as our other hot stock picks, sign up for our free newsletter below and get our next hot stock pick!