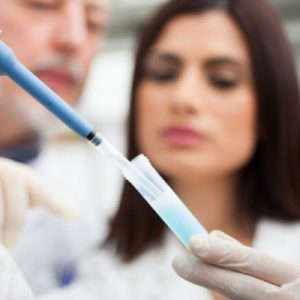 Genetic Technologies Limited (ADR)(NASDAQ:GENE) is a emerging star in the oncology diagnostics industry. The Australia-based molecular diagnostics company Genetic Technologies Limited (ADR) (NASDAQ:GENE) has seen a sharp boost in investor interest after a major new announcement for the oncology diagnostics industry. Shares of GENE currently trade at $2.16, giving the company a market capitalization of $22.82 million.

Genetic Technologies Limited (ADR)(NASDAQ:GENE) has the markets attention. What has investors particularly excited now is an exclusive worldwide licensing agreement with the University of Melbourne in Australia for development and commercialization of a novel colorectal (CRC) risk assessment test for people at risk of colorectal cancer. The test can identify people at high risk of CRC and suggest intensive screening procedures. The move positions GENE as a market leader in molecular diagnostics for colorectal cancer.

Find out when $GENE stock reaches critical levels. Subscribe to OracleDispatch.com Right Now by entering your Email in the box below.

Genetic Technologies markets the BREVAGenplus test to healthcare professionals in breast healthcare and imaging centers, as well as OBGYNs and breast cancer risk assessment specialists, such as breast surgeons. The test is available in Australia, Switzerland and the United States, where it is marketed via Phenogen Sciences, a subsidiary of GENE.

GENE originally launched the BREVAGenplus test in the U.S. market in October 2014. Since that time, it has been looking for a viable sales strategy to promote the use of the test. There are several steps that the company has taken, such as revising its sales strategy to focus on the large comprehensive breast treatment and imaging centers. While there is the prospect of larger deals and more revenue, these larger deals also have a longer sales cycle. When the company first announced the change in sales strategy in February 2015, it noted specifically that it might take as long as six months for results to be reflected in the company’s earnings results.

And there’s one other move that the company has taken to improve the visibility of BREVAGenplus in the all-important U.S. market – in April 2016, it partnered with international race car driver Pippa Mann, who is known as a real advocate for breast cancer testing and screening in women. The idea is that this sponsorship deal (in which Pippa Mann will show up at events and wear racing gear featuring the Genetic Technologies name) will raise the visibility of the BREVAGenplus test for women.

According to the management of Genetic Technologies, the latest licensing deal with the University of Melbourne will position the company as “a leader in the genomics focused oncology diagnostics industry.”

Assuming that the company continues to develop its pipeline of risk assessment products and finds a way to optimize its sales strategy to get these diagnostics tests in the hands of healthcare professionals, the future could be looking for very bright for Genetic Technologies. Given the company’s recent 52-week high of $3.87 and the current share price of $2.16, that suggests that there might be quite a way for the company’s stock price to move as we head into 2017. For more news on Genetic Technologies Limited (GENE) and other fast-moving penny stocks, please subscribe to OracleDispatch.com now.