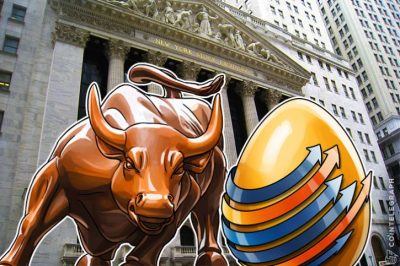 Pharmacyte Biotech Inc (OTCMKTS:PMCB) has been ripping higher boosted by reports that the company announced a Pre-Investigational New Drug (Pre-IND) meeting with the Center for Biologics Evaluation and Research (CBER) of the U.S. Food and Drug Administration (FDA) has been granted by the FDA. During the meeting with representatives from CBER, they will respond to PharmaCyte’s previously submitted questions to the FDA as part of a Pre-IND information package related to PharmaCyte’s clinical trial in locally advanced, inoperable pancreatic cancer (LAPC).

We looked at this company in depth a couple weeks ago and took a very bullish view. PMCB seemed to us to be at a breakthrough point after a very long-suffering journey for foul-weather fans and die-hard investors. That’s nice to see. We are willing to even say we are kind of rooting for this one. In that sense, it’s good to see this latest news, which suggests that the company is truly at the next step in getting its pancreatic cancer therapy into a clinical trial and perhaps eventually approved by the FDA.

According to company press materials, “PharmaCyte Biotech a clinical stage biotechnology company developing therapies for cancer and diabetes based upon a proprietary cellulose-based live cell encapsulation technology known as “Cell-in-a-Box ® .” This technology will be used as a platform upon which therapies for several types of cancer and diabetes are being developed. PharmaCyte’s therapy for cancer involves encapsulating genetically engineered human cells that convert an inactive chemotherapy drug into its active or “cancer-killing” form. These encapsulated cells are implanted as close to the patient’s cancerous tumor as possible. Once implanted, a chemotherapy drug that is normally activated in the liver is given intravenously at one-third the normal dose. The ifosfamide is carried by the circulatory system to where the encapsulated cells have been implanted. When the ifosfamide comes in contact with the encapsulated cells they act as an artificial liver and activate the chemotherapy drug at the source of the cancer. This “targeted chemotherapy” has proven effective and safe to use in past clinical trials and results in no side effects. In addition to developing a novel therapy for cancer, PharmaCyte is developing a treatment for Type 1 diabetes and insulin-dependent Type 2 diabetes. PharmaCyte plans to encapsulate a human cell line that has been genetically engineered to produce, store and release insulin in response to the levels of blood sugar in the human body. The encapsulation will be done using the Cell-in-a-Box ® technology. Once the encapsulated cells are implanted in a diabetic patient they will function as a “bio-artificial pancreas” for purposes of insulin production.”

Recent action has seen 92% during the past month in terms of shareholder gains in the listing, a bounce that has taken root amid largely bearish action over the larger time frame. Market participants may want to pay attention to this stock. PMCB has evidenced sudden upward volatility on many prior occasions. What’s more, the listing has registered increased average transaction volume recently, with the past month seeing just under 160% above the average volume levels in play in this stock over the longer term.

Currently trading at a market capitalization of $60.2M, PMCB has a decent store ($2.34M) of cash on the books, with total assets greater than $7.5M, which is balanced by de minimus total accumulated debt.

The recent developments are a further affirmation that this one will at least get a chance to shine with its peculiar approach. Now it can live or die as reality sorts itself out. We also like to see it get to this point with cash on the books and no real debt to worry about. The next steps will be interesting and we will be sure to follow up again soon. For continuing coverage on shares of $PMCB stock, as well as our other hot stock picks, sign up for our free newsletter today and get our next hot stock pick!