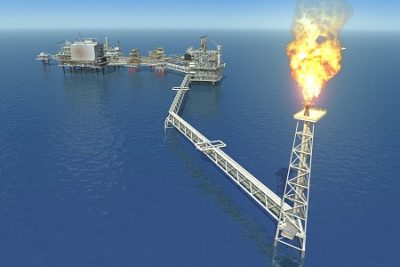 Denbury Resources Inc. (NYSE:DNR) is getting a big boost by OPEC’s decision this week to curtail oil production. Oil and gas stocks could be poised for a recovery in the near term. Texas-based Denbury Resources Inc. (NYSE: DNR), an independent oil and natural gas company with operations focused on two key regions: the Gulf Coast and the Rocky Mountains looks to tag along. As of November 30, shares of DNR were down 39.01 percent from their level on April 27, but traders are finally starting to see a turnaround picture emerging after such a steep fall.

Denbury Resources Inc. (NYSE:DNR) is still trying to shake off a disappointing 3Q 2016 earnings report, when it reported a net loss of $25 million on revenue of $246 million. At the time, the company’s management pointed out that the company actually reported slightly positive adjusted net income as well as positive cash flow. The company cited an unexpected turndown in 3Q production due to unexpected downtime at multiple fields. Approximately half of the downtime was due to damage and flooding at two fields in the Houston area.

Find out when $DNR stock reaches critical levels. Subscribe to OracleDispatch.com Right Now by entering your Email in the box below.

Going forward, the company has set several key financial priorities to optimize the business: reduce costs, preserve cash and liquidity and reduce leverage. That will continue to improve cash flow and place the company in a healthier operating position until oil prices recover to a higher level. With oil prices in the low $40s, the company needs to focus on rationalizing and optimizing the business.

Going forward, Denbury Resources will next report earnings on February 16. The consensus forecast is a loss of $0.03 per share on total revenue of $237.58 million. That’s not much of an improvement, if any, on the latest quarter, so Wall Street analysts have not made much of a move to upgrade the stock.

Right now, the consensus analyst price target for the stock is $3.00, with the highest estimate set at $5.00. That’s not entirely encouraging, given the company’s current share price of $3.99 and the lack of enthusiastic Wall Street coverage of the stock.

The company targets regions where it has a huge advantage due to ownership or use of CO2 reserves, oil fields that are ripe for CO2 EOR extraction and CO2 infrastructure. Within each of its two core operating regions – Gulf Coast (Mississippi, Texas, Louisiana, Alabama) and Rocky Mountains (Montana, North Dakota, Wyoming) – Denbury Resources has extensive expertise, a huge pipeline network and significant CO2 infrastructure that makes it possible to extract oil where other companies cannot.

Going forward, a lot will depend on the price of oil obviously. With oil in the low $40s, Denbury will have a difficult time squeezing even more costs and savings from its existing operations. But as the price of oil rises, more fields will become operational, and the price hike will eventually impact the company’s bottom line. And that could be good news for the company’s stock price as we head into 2017. For more news on Denbury Resources (NYSE:DNR) and other fast-moving penny stocks, please subscribe to OracleDispatch.com now.