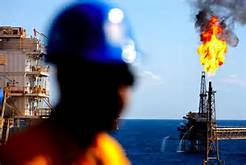 Breitburn Energy Partners LP (OTCMKTS:BBEPQ) continues to play out its drama on the stage of a tough Chapter 11 battle in bankruptcy court. In our last piece on the company, we noted the formation of an equity committee to advocate for the common shareholders as the reorganization plan is put together. That story was confirmed and should be seen as probably the most important factor in understanding the binary outcome drama with this quintessential debt-laden upstream MLP.

In recent action, the chart shows 44% during the past month in terms of shareholder gains in the company. This is emblematic of the stock. BBEPQ has evidenced sudden upward volatility on many prior occasions. Moreover, the name has witnessed a pop in interest, as transaction volume levels have recently pushed a bit over 280% over what the stock has registered over the longer term.

Breitburn GP LLC serves as the general partner of the company. Breitburn Energy Partners LP was founded in 2006 and is headquartered in Los Angeles, California.

On May 15, 2016, Breitburn Energy Partners LP, along with its affiliates, filed a voluntary petition for reorganization under Chapter 11 in the U.S. Bankruptcy Court for the Southern District of New York.

Obviously, one of the most important issues for shareholders is how much ammo the equity committee will have to work with in negotiations. And that comes down to valuing reserves. The company’s 239.3 million barrels of oil equivalent are the key asset right now. Hence, where the price of oil goes, so goes the potential for a value for shares in bankruptcy court negotiations.

In that vein, this week, OPEC finally reached a deal to curb production by 1.2 million barrels of oil per day among exporters in the cartel. That is the first time in two years that they have tried to come together. But what is most significant in the deal is that it included Russia.

OPEC is a relevant factor only to the extent that they can incorporate agreement with non-OPEC major producers because, these days, the OPEC countries only control about a third of global production. The inclusion of Russia, who committed to cut 300k bopd, suggests that more powerful policy making can take place in coming months. It is this more than anything that makes this recent OPEC “deal” – which itself is light on powerful, enforceable production limitations – something that changes the game in the oil market.

Whenever OPEC has relevance and power, the price of oil will be higher. It was largely the growth and boom of the shale producers in the US, combined with the dramatic rise of Russian production volume in 2012 and 2013, that contributed to a demotion in the relevance of OPEC such that they couldn’t react authoritatively to support oil when it rolled over in October and November two years ago.

In any case, the oil market has reacted extremely well to the news this week, with WTI Crude Oil prices rising back above the key $52/bbl level, up 11% in two days.

As we noted last time, the company also just put out their 10-Q for action closed on September 30. We saw some clear improvement, with revenue growth, earnings growth, and overall improved business. But margins on operational investment suffered badly for reasons that are unclear, though may be related to an inability to conduct typical hedging operations during a quarter that saw some periods of violent weakness in commodity markets related to the core business. That will not be present in Q4 numbers if that is the problem.

Earning a current market cap value of $80.2M, BBEPQ continues to walk the line in a contentious bankruptcy negotiation process. As such, given recent events in the oil market, and given the presence of an equity committee in the hearing, it is somewhat surprising that this stock is not rising more aggressively. Perhaps a catalyst is needed. We will keep our eyes open and update as events transpire. For continuing coverage on shares of $BBEPQ stock, as well as our other hot stock picks, sign up for our free newsletter today and get our next hot stock pick!