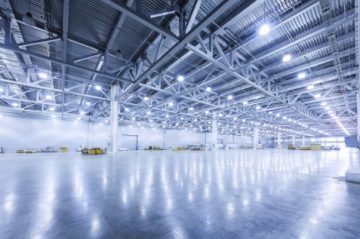 AURORA CANNABIS IN COM NPV (OTCMKTS:ACBFF) has been one of the most dramatic outperformers in the cannabis space over recent months. ACBFF has piled up a number of catalysts along the way, recently finding more attention after moving to the Toronto Stock Exchange and then breaking ground, and initiating construction on “an unprecedented 800,000 square foot production facility. To be known as “Aurora Sky”, the new hybrid greenhouse facility, with a footprint larger than 16 football fields, is expected, on completion, to be the largest, most advanced and most automated cannabis production facility in the world.”

Recent action has seen 30% during the past month in terms of shareholder gains in the name. The situation may be worth watching. ACBFF is a stock whose past is littered with sudden rips. Moreover, the name has witnessed a pop in interest, as transaction volume levels have recently pushed just shy of 360% beyond its prior sustained average level.

AURORA CANNABIS IN COM NPV (OTCMKTS:ACBFF) bills itself as a licensed producer of medical marijuana pursuant to the Marijuana for Medical Purposes Regulations and operates a 55,200 square foot expandable state-of-the-art production facility in Alberta, Canada.

As noted above, AURORA CANNABIS just initiated construction on its new state-of-the-art, monstrous production facility. Situated on 30 acres of leased land in Leduc County, Alberta, management anticipates Aurora Sky to be capable of producing in excess of 100,000 kilograms of high-quality, low-cost cannabis per year.

According to a recent release, “the location of the new facility provides unrivaled access to transportation, industrial infrastructure, power, water, gas, and courier services. The Company, which currently operates a 55,200 square foot purpose-built facility in Mountain View County, Alberta, has selected a closed-system, hybrid greenhouse concept of Dutch design for the expansion. This system will give Aurora’s cultivation specialists precision control over all critical environmental variables to ensure production quality is consistent with the Aurora Standard. The high level of automation at Aurora Sky, management believes, will provide for ultra-low per-gram cost of production. In addition, the modular nature of the design will allow for a rapid construction process, minimizing the risk of potential delays, with completion of the new facility targeted for October of 2017. Construction of the facility’s pre-engineered structure has been underway in the Netherlands since October 2016.”

“Our objectives are very clear: to build the largest production capacity, with the highest production quality and the lowest production cost,” said Steve Dobler, P. Eng., President. “We spent the past year evaluating and selecting the world’s best design concept for cannabis production on a massive scale. We are confident that the Aurora Sky project will achieve all of our key objectives, and further establish Aurora as an innovator and world leader in the cannabis sector.”

Both this big investment in expanded production and the trajectory of legal changes across North America suggest this company is heading for accelerating financial performance. But even according to recent updates, things are already starting to click: gross revenues have exceeded $1 million for each of the months of July, August, September and October 2016.

November 2016 appears to have been on track to be a record month for the company, with product sales projected in excess of 200 kilograms and gross revenue in excess of $1.6 million. In fact, they report achieving a seven-day sales record between November 18 and 24, 2016, with more than 62 kilograms sold over that period.

Earning a current market cap value of $443.1M, AURORA CANNABIS has a decent store ($17.3M) of cash on the books, with total assets a bit over $42.6M, which compares with an appreciable load ($11.8M) of total accumulated debt.

The company is operating aggressively in a growth context to nail down a market-leading position. While the stock will develop its own rhythm with respect to the need for some healthy consolidation, this is a growth play that isn’t likely to falter over coming quarters without some new variable introduced into the equation. For continuing coverage on shares of $ACBFF stock, as well as our other hot stock picks, sign up for our free newsletter today and get our next hot stock pick!